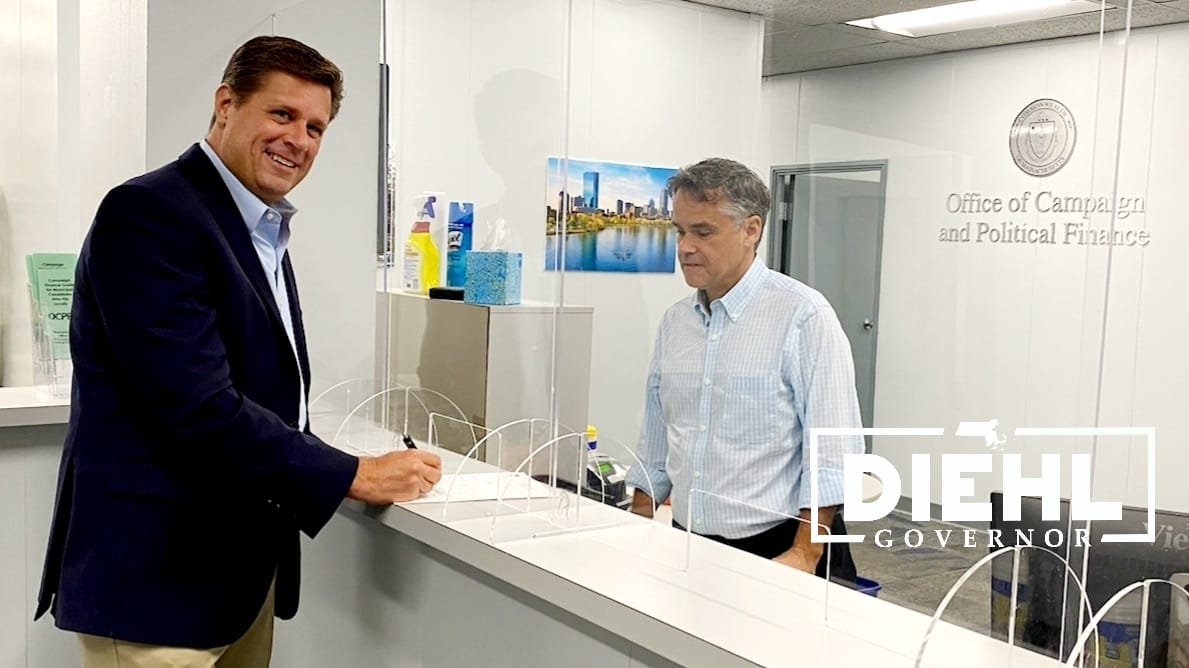 The first Republican candidate in the 2022 governor’s race said he wants to balance out the state’s Democrat-heavy political makeup with “center-right” politics and critiqued the current administration’s handling of the pandemic.

A former state representative and member of Republican State Committee, Geoff Diehl said he’ll pitch voters on a record of good management and background in the private sector, having owned a small business for 20 years.

“There’s still small businesses that are trying to get employees to come in and work and they’re unable to find those laborers because people would rather get paid higher by the government to do nothing at home than go in and work,” he told the News Service. “We really need to get people, I think, back off the couch and back into the workforce. I think it’s going to make them feel better, it’s certainly going to help our small businesses, and it will help the economy in the long run.”

Diehl announced his candidacy this past holiday weekend at an Independence Day “Freedom Festival” hosted by the Western MA GOP Patriots. In a press release, Diehl said plans to focus his campaign on helping small businesses, supporting law enforcement, and addressing the “impact of over-taxation and reckless spending by government.”

“The pandemic response of a total shut down of the economy, followed by arbitrary federal, state and local regulations only made it harder for the small businesses to stay alive, especially in the restaurant and hospitality industries,” he said in a statement announcing his run.

Diehl knocked the enforcement of “somewhat ambiguous rules” during the COVID-19 state of emergency, saying that created difficulties for small businesses. The Baker administration instituted the emergency and rules in an attempt to curb the spread of a highly contagious virus.

“While private businesses basically had to shut down, and employees were either furloughed or laid off, there wasn’t anybody in state government who lost their job or took a pay hit during that time, and it was full steam with all government employees,” Diehl said. “I think that was a pretty bad message right off the bat.”

Diehl served in the House from 2011 to 2019 and was one of the lead supporters of the successful ballot initiative to repeal a Massachusetts gas tax indexing law in 2014. He also ran an unsuccessful campaign for state Senate in 2015, losing to Sen. Michael Brady, and was defeated in 2018 by U.S. Sen. Elizabeth Warren, though he managed to draw close to 1 million votes.

The U.S. Senate campaign, he said, gave Diehl “an even wider perspective” of people, industries, and businesses all across the state.

“That gave me a chance to look at what my past history was and the work I had done, where I thought things could be improved,” he said. “I felt like this election cycle, this position of governor might be really the best chance for me to continue the work I started 10 years ago when I first ran for office.”

In an effort to improve his chances for a statewide seat this time around, Diehl said he plans to spend time with Republicans running for state House and Senate seats.

“I’ve served in the Legislature, I know the challenges that are faced there. And I think I can give some help to those candidates as far as making sure they run good campaigns,” he said. “I’d love to make sure that when we win in 2022, we bring as many fellow Republicans into the Legislature to try to rebalance what is a super majority of Democrats in both the House and Senate chambers.”

Whether Baker will seek a third term is a question looming over the entire race. Baker has not publicly announced a decision — telling reporters that he is consulting his family — but did recently start fundraising efforts.

“My decision really doesn’t depend on whether or not Gov. Baker or Lt. Gov. Polito run,” he said. “It’s a decision I’m making independently of them. So, that’s where I’m focused. “