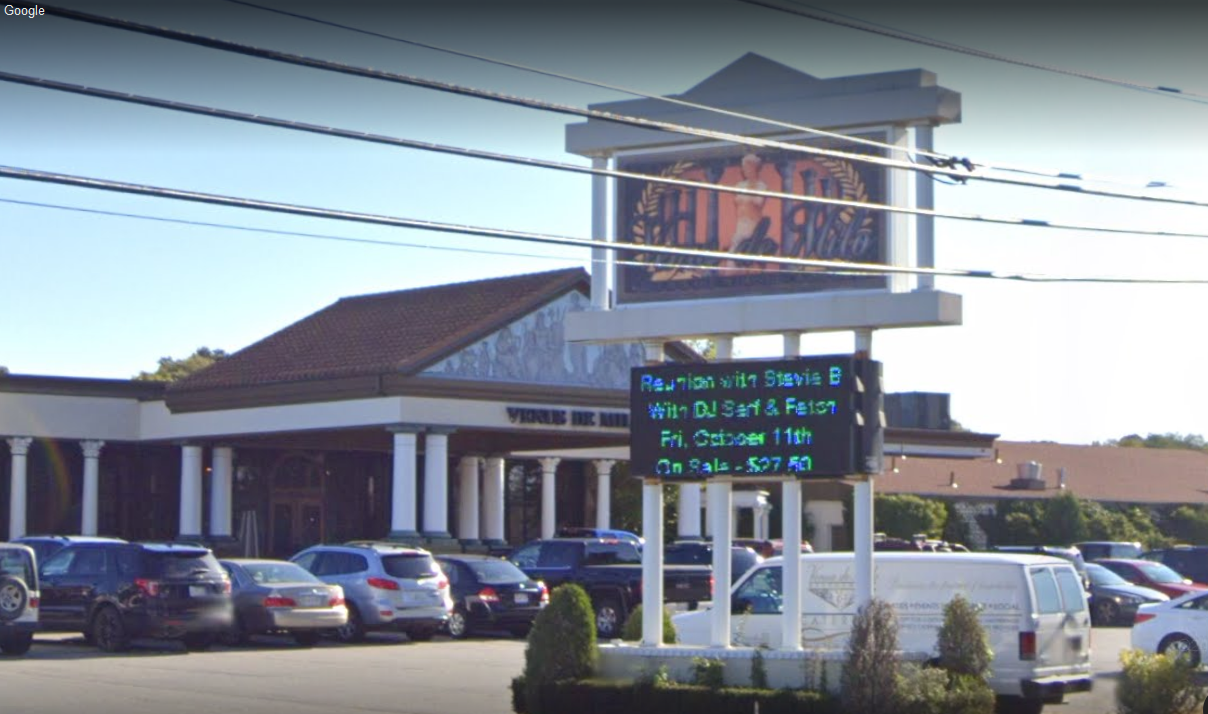 SWANSEA – Owner Monte Ferris is closing the Venus de Milo and putting the property up for sale, but people still will be able to get those foods that they have loved eating at the function facility and restaurant for six decades. The Venus is a family business started by Monsour Ferris and was worked by him and his wife, their siblings Jack, Ferris, and Charlie, sons Monte and Ronald and their children Monte, Jon, Lauren, Michael, and Marissa. “It’s hard to sell the facility, because that’s been my life,” Ferris said of closing the Venus de Milo. “I’ve been there since I was 11, 12 years old.”

According to a press release, Ferris is moving toward retirement hastened a bit by the expected long-term effects of the COVID-19 pandemic on businesses, like the one he has operated in Swansea for many years. He wants to thank the patrons who have enjoyed dining at the Venus de Milo over the years. Deposits for banquets, weddings and events that have been booked at the Venus de Milo will be returned immediately. Gift certificates will be honored for takeout and dine-in at Jillian’s.

The baked stuffed lobster, that has been shipped around the country and clam chowder, that won the renowned Boston Chowder Fest’ “Best Chowder in New England” and Newport Chowder Fests four years consecutively as well as Chef Da Rosa’s famous minestrone soup, delmonico potatoes and other dishes served at the Venus de Milo will be available through a new takeout business called Venus Foods. The takeout will be offered through Jillian’s Sports Pub & Grill on Route 103 in Somerset with plans to expand to a location in the greater Providence, R.I. area. Venus Foods will also continue to sell the Thanksgiving, Christmas, and Easter take-out dinners that the Venus de Milo became well known for over the years.

“The restaurant was expanded from a bowling alley diner to a full-service restaurant and banquet facility on the culinary expertise of Chef Joe Da Rosa who Monsour lured away from the Hotel Mellon in Fall River. All our recipes and takeout are all unique to ourselves,” Ferris said. “Nobody has our recipes. A lot of people have tried and imitated but not duplicated the recipes. Even the buffalo wings marinade is unique to us and that is why for half a century, we’ve had people return because of that consistency.”

The property, located at 75 G.A.R. Highway in Swansea, is listed for sale with MG Commercial of Providence, R.I. The property has 7 1/2 acres with a 59,000 square foot function facility. Ferris said it could be a good site for a mixed-use development of condominiums and commercial enterprises.

The Venus de Milo started as a duck pin bowling alley in 1959. Eventually, a lounge and snack bar were added. Monte’s father, Monsour Ferris, who opened the bowling alley, had started out in the bowling business working at Empire Alleys in Fall River. He worked his way up to manager and eventually bought the business. Monsour then bought a bowling alley in Somerset. But his dream was to open a 40-alley business in Swansea. The bank would only finance the new bowling center for 20 alleys. A young Monte set up pins at the bowling alley. Monsour changed the operation to a full-time restaurant and banquet facility when ten pin competition killed the duck pin business. Monte said there was a high demand for function facilities for weddings at that time. He said the Venus grew a wedding business that had the function facilities hosting as many as five wedding receptions in the afternoon and five at night. The Venus de Milo has a long history that has provided countless happy memories for people from around the region through weddings, fundraisers, shows, Christmas parties, all kinds of family gatherings, awards ceremonies, and other events. The boards from the bowling alley’s lanes are still part of the dance floor. Monte said it was a lot of work, but his family was thankful that they had an opportunity to run such a business.

“We didn’t have a lot of competition,” Monte said. “We didn’t have enough rooms for all the weddings that people wanted to book. But we couldn’t build more rooms because we needed the parking.”

The Venus de Milo has supported a lot of charitable organizations over the years, including St. Jude’s Children’s Hospital, which was Danny Thomas’s project. They also supported the local hospitals, Cancer Society, Easter Seals, Diabetes Association, People Inc., Narrows Center for the Arts, Friends of Heritage State Park, Chamber of Commerce, United Way, Boy Scouts Pop Warner Football Falcons and their cheerleaders, and Battleship Cove. Monte helped to organize the Fall River Celebrates America festival and participated in the leadership from the first year to the last. Monsour and Monte share the distinction of being honored as Outstanding Citizens of the Year by the Fall River Chamber of Commerce. They are the only father-son recipients of the prestigious award 17 years apart.

“My father was very thankful for his success, he was pretty religious and kept St. Anthony of the Desert church and parish community close to his heart,” Monte said. “This is why the whole family supported a lot of different things and we tried not to overlap so we could help as many as possible.”