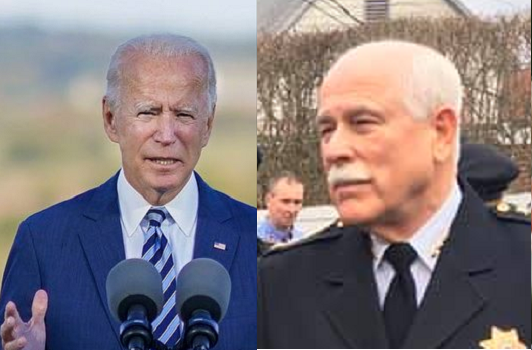 “We commend DHS for ending its partnership with the Bristol County Sheriff’s Office, which has a long history of abuse and neglect of immigration detainees. Our extensive investigation and advocacy have made it clear that the Sheriff’s Office is not willing to take any steps to protect the rights and safety of detainees, and that ICE must sever ties with BCSO. This decision under the Biden Administration ensures that the civil rights of immigrants are protected and not violated in a callous disregard for human life and dignity.”

After an extensive investigation into a May 1, 2020 incident at Bristol County Jail and House of Correction, Attorney General Maura Healey issued a December 2020 report finding that the BCSO violated the civil rights of federal immigration detainees during the course of responding to a disturbance in the unit where the detainees were housed. The AG’s Office recommended a series of reforms to address the systemic issues at the facility, ensure public health and safety, and protect the rights of detainees. One of those recommendations was that DHS terminate its partnership with the BCSO.

“Today’s decision to close the Bristol County ICE detention facility is long overdue,” said Iván Espinoza-Madrigal, Executive Director of Lawyers for Civil Rights in Boston. “Sheriff Hodgson has inflicted grievous harm on vulnerable immigrants in his custody for years, and we enthusiastically applaud the Biden Administration’s decision to put an immediate end to the abuse.”

“We are grateful and very pleased that Secretary Mayorkas is ending immigration detention at Bristol County,” said Professor Michael J. Wishnie, Co-Director of the Worker & Immigrant Rights Advocacy Clinic at Yale Law Schooland co-counsel on the Savino litigation. “This decision recognizes that Sheriff Hodgson is unfit to care for incarcerated persons. It also implements the recommendation of Attorney General Maura Healey, whose investigation last year found that Sheriff Hodgson and his staff committed serious civil rights violations against immigrants in their custody, and of Senator Elizabeth Warren, who has led the state congressional delegation in seeking this outcome.”

Community groups have long called for BCHOC’s closure and have been joined recently in that call by Massachusetts Senators Warren and Markey in addition to Healey.

“As a Nation, we are currently holding thousands of people in detention based solely on their immigration status,” said Oren Nimni, Litigation Director of Rights Behind Bars. “There is no cogent justification for this, and certainly when a facility has inflicted the type of ongoing harm on people that has characterized BCHOC for years, it is appropriate and right to shut the place down.” In addition to its work on the Savino class action, RBB has filed a separate lawsuit with LCR arguing that Massachusetts sheriffs’ “287(g) agreements” with ICE, which purport to allow sheriffs to perform federal immigration enforcement activities, are invalid under state law.

“Shame on Department of Homeland Security Sec. Alejandro Mayorkas for putting his left-wing political agenda above public safety by ending the Bristol County Sheriff’s Office contracts with Immigration and Customs Enforcement. This is nothing but a political hit job orchestrated by Sec. Mayorkas, the Biden administration and other anti-law enforcement groups to punish outspoken critics and advance their partisan agenda to score political points. This decision puts the people of Bristol County, the Commonwealth of Massachusetts and the United States of America at greater risk of being victimized by criminal illegal aliens. While Sec. Mayorkas and the Biden administration are turning their backs on the people of our great country, I will not.”