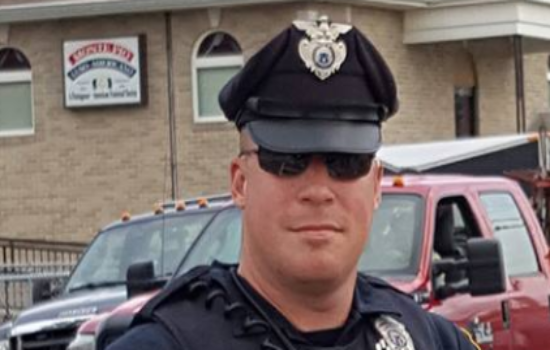 DARTMOUTH — Police Chief Brian P. Levesque reports that a member of the Dartmouth Police Department has been placed on administrative leave in light of charges filed today by the Bristol County District Attorney’s Office.

Shawn W. Souza is on paid administrative leave, consistent with the department’s collective bargaining agreement. His department issued firearm and badge have been seized as well.

The Dartmouth Police Department was recently made aware of allegations made against Souza by the Department of Children and Families. The department immediately contacted the Bristol County District Attorney’s Office and has cooperated fully with that office’s investigation.

The Dartmouth Police Department has been informed that the allegations against Souza did not occur when he was on-duty.

Souza was hired in October 2008 and served at the rank of patrol officer.

A dangerousness hearing has been scheduled for Monday.