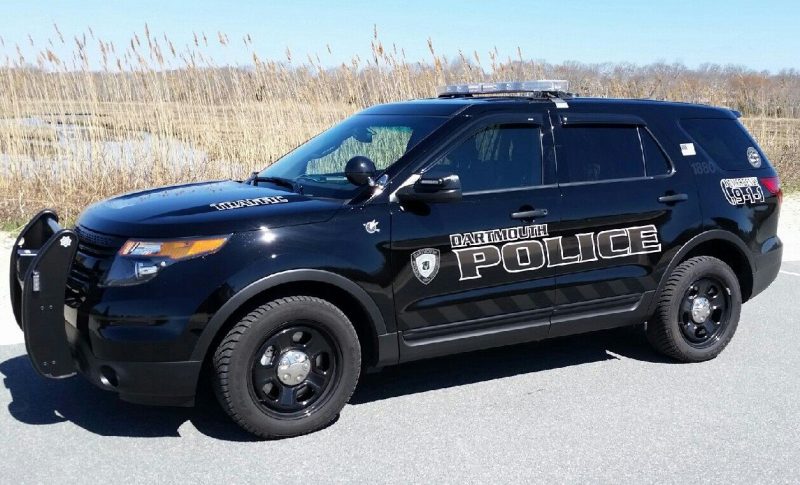 According to Dartmouth Police, on Sunday, October 28 at approximately 4:59 a.m., Dartmouth Police Officer Manuel Demelo observed a 2007 Ford F150 fail to stop at the stop sign situated at the corner of Elm Street and Bridge Street.

Upon attempting to stop the vehicle, the operator accelerated in an attempt to elude Officer Demelo.

As Officer Demelo continued to monitor the vehicle and radio information in, he observed the vehicle leave the roadway as it failed to make the turn onto Smith Neck Road.

After crashing, Officer Demelo observed a thin white male with dirty blonde hair wearing pajamas exit the vehicle and run into the woods.

A search of the area with a K-9 proved unproductive.

Upon making contact with the vehicle owner’s at #85 Degaris Avenue, Dartmouth, it was learned that the suspect had broken into the back door of their residence and stolen the keys to the truck.

The suspect still remains at large and the investigation is ongoing.