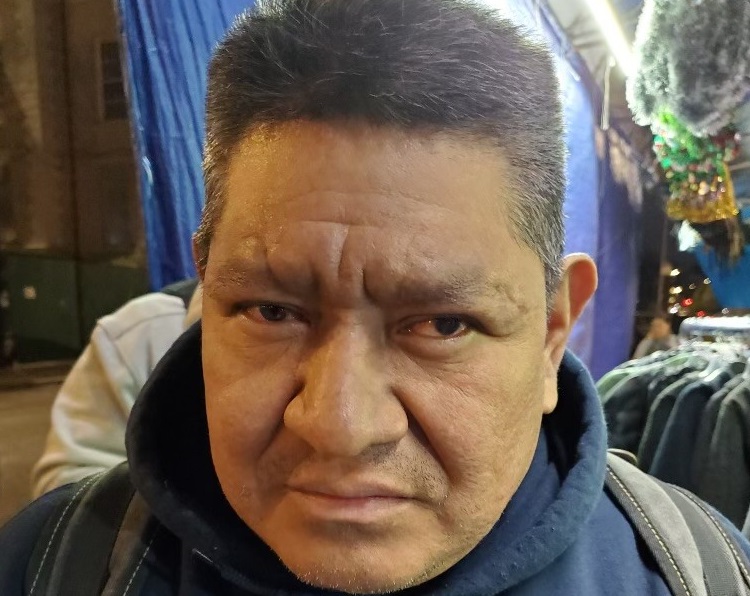 48-year-old Eduardo Mendez was apprehended Tuesday night in New York City on an arrest warrant issued by BCDAO for the 1994 violent rape of a woman in Attleboro.

The arrest warrant charges Mendez, who had been living in Attleboro in 1994, with aggravated rape. He is being charged in New York City as being a fugitive from justice and it is unclear at this time whether he will fight rendition back to Massachusetts.

The crime occurred on June 9, 1994, when the victim was accosted by three men in Attleboro as she walked near the Pleasant Street Bridge in Attleboro. The three men forced her into the stairwell of a nearby building, covering her mouth as she attempted to scream. In the stairwell, two of the men held her down while the third violently raped her before fleeing the scene. The victim immediately reported the case to the police, who responded to the area but were unable to identify any of the suspects. At that location, however, they found the victim’s purse. The victim provided a description of her assailants, noting that the man who had raped her had gold on his teeth. Despite her descriptions of the individuals who had assaulted her, no suspect was identified at that time. The victim was transported to Sturdy Hospital where she was treated, and a sexual assault evidence collection kit (rape kit) was recovered.

That kit was one of more than at least 7,000 kits from throughout the state that was never fully tested. However, after our office became aware of the scope and breadth of the problem with untested rape kits, we took action to obtain a federal grant. We then began the painstaking process of inventorying and prioritizing all untested rape kits in our county and are now in the final stages of the process of getting all 1,148 previously untested Bristol County rape kits fully tested by a private lab under the Sexual Assault Kit Initiative (SAKI) grant obtained by District Attorney Quinn in 2019.

The renewed testing related to this case revealed a DNA profile that was then uploaded to the national CODIS system. That upload revealed a match to Eduardo Mendez, who was in the national system as a result of a conviction for a stabbing in New York later in the 1990s. In addition to the DNA match, the investigation has revealed that Mendez’s physical description matches the one given by the victim and that he had lived just a few houses away from where the crime was committed. Investigators also learned that he has gold in his teeth.

The rape kit in this case was sent to a private lab as part of a grant the state lab received in an effort to cut into the rape kit testing backlog.

In September of 2020, it was announced that an arrest warrant had been issued in this case, due to DA Quinn’s Untested Rape Kit Initiative. For the past two years, state police detectives assigned to the district attorney’s office, the Massachusetts State Police Violent Fugitive Apprehension Section, the state police’s Unresolved Unit, Attleboro Police and the US Marshals have been actively searching for Mendez. On Tuesday, he was apprehended in Brooklyn, NY by US Marshals, the New York City Sheriff’s Office and New York City Police.

When notified of yesterday’s arrest, the victim in the case was ecstatic and is fully on board with the prosecution of this case. She further indicated she was very relieved to hear the news, stating that even after more than 25 years, she is “still living with it.” She also reported that she now feels a sense of relief because after so many years had passed, she had lost hope that the case would ever be solved.

“I am extremely pleased that our rape kit testing initiative has already resulted in four separate cold case rapes being solved from more than a decade ago. All of these cases demonstrate the importance of fully testing all sexual assault kits. If we did not obtain the grant to have all these kits fully tested, this case may never have been solved,” District Attorney Quinn said. “Victims, like the one in this case, who have been sexually assaulted have gone through a very traumatic experience and have a right to have these kits fully tested, especially when an assailant cannot be identified.”

This case is one of four cold case rapes already solved as a result of DA Quinn’s Untested Rape Kit Initiative and the office is optimistic more charges will be filed in other cases as the private lab testing continues. Three of those the cases have been publicly announced, while the fourth still remains a sealed matter at this time.

The revelation that so many rape kits throughout the state were not being fully tested began shortly after a defendant by the name of John Loflin was convicted in late 2013 for the cold case 2002 murder of Marlene Rose in New Bedford. Loflin had previously been charged with a 1997 New Bedford rape, but the case was eventually dismissed after the alleged victim left the country. The alleged victim in that case submitted to a rape kit. That rape kit was sent up to the state lab three weeks after the rape, but unbeknownst to law enforcement, it had never been fully tested. After Marlene Rose was murdered in 2002, DNA evidence was collected and sent to the state lab for testing. If the 1997 rape kit had been fully tested at the time, the Marlene Rose DNA evidence would have matched to that 1997 case and Loflin would have been arrested in connection to the Marlene Rose homicide. Instead, Loflin was not identified as the murderer of Rose until 2011 when he was arrested in Tennessee on unrelated charges. Loflin was compelled by Tennessee law to provide a DNA sample as a result of his criminal charges in that state. Once that DNA sample was uploaded to CODIS, it immediately matched with the 2002 DNA evidence connected to the murder of Marlene Rose. Loflin was then charged here in Bristol County with Marlene Rose’s murder and was eventually convicted and sentenced to life in prison in November of 2013.

After learning about the 1997 rape case and discovering that the rape kit in that case had never been tested, the DA’s Office began looking into other cold case rapes and attempted to determine whether there were other rape kits that were also not fully tested by the state lab. District Attorney Quinn poured a number of resources and man hours into this review. After inventorying many rape kits from all 20 of Bristol County’s cities and towns, it began to become clear that there were a great deal of rape kits that were not being fully tested. Our office then researched and applied for the federal SAKI grant. In October of 2018, the DA’s Office was notified that their grant application was approved and that federal grant money would be awarded. In June of 2019, the federal grant money was deposited into the Bristol County District Attorney’s Office account. The grant money was used to hire a retired Massachusetts State Police detective to assist staff members in our office with training, inventorying and prioritizing the untested rape kits. Our office is the first District Attorney’s office in the state to undertake this large-scale initiative and obtain the federal grant program.

After numerous delays due to Covid-19 and other issues with the state lab, the first batches of prioritized untested rape kits were sent to a private lab (Bode Laboratories) for testing in April of 2021. Although the testing got off to a slow start, all 1,148 previously untested rape kits will likely be fully tested by the private lab by the end of this year.

“During the investigation of a cold case homicide we discovered that more than 1,100 rape kits in our county had not been fully tested. This was totally unacceptable, especially for victims, the public and law enforcement who believed these kits were being fully tested. I immediately dedicated office resources so that every rape kit would now be fully tested to help identify perpetrators who had remained uncharged,” District Attorney Quinn said. “I am optimistic there are other cases that will be solved as a result of our rape kit initiative. Our office discovered a major problem, took action and devoted an immense amount of resources to it, and is now in the process of solving it.”