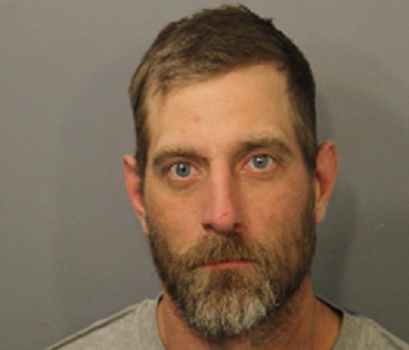 A local man has been arrested on multiple armed robberies in the city.

On Tuesday, April 14th at approximately 9:55 p.m., Officer Paul Furtado of the Fall River Police Departments Uniform Division responded to Season’s Corner Market located on William S. Canning Boulevard in response to a panic alarm from the business. Officer Matthew Rezendes and Street Supervisor Sgt. William Martel responded to assist. Upon arrival, it was determined that the business had been robbed. The suspect, a male about 5’10” wearing a red mask and a green sweatshirt walked into the business, brandished a knife and requested money. The male took the cash, an energy drink, and cigarettes and fled on foot towards Lawton Street.

On Thursday, April 16th, at approximately 12:18 p.m., FRPD Officer Frank Reis III and Street Supervisor Sgt. John McDonald responded to the Robeson Street Stop N’ Save in response to an armed robbery complaint. In that incident, the clerk reported a male with a beard, blue sweatshirt and khaki pants, brandishing a knife, entered the store, took two energy drinks from the cooler and approached the counter to pay. When the clerk rang the sale in, the suspect demanded the cash in the draw. After taking the cash, he fled on foot down Tremont Street.

According to Detective John Robinson, Detective Luis Vertentes of the Major Crimes Division was assigned to further investigate both armed robberies. As part of that investigation, video surveillance and social media accounts were reviewed. The review of both incidents led to police determining that Jeffrey John Vizthum, 42, of Swansea was the suspect in both incidents. A Warrant was issued for his arrest.

At approximately 10:00 p.m. , FRPD Officer Javier Rosa was dispatched to Campbell Street in regards to a motor vehicle versus house collision. As a result of the crash and Detective Vertentes’ investigation, Vizthum, the driver of the vehicle, was taken into custody on charges of Armed Robbery While Masked, Armed Robbery, and, as a result of the collision, Leaving the Scene of Property Damage and a Marked Lanes Violation.