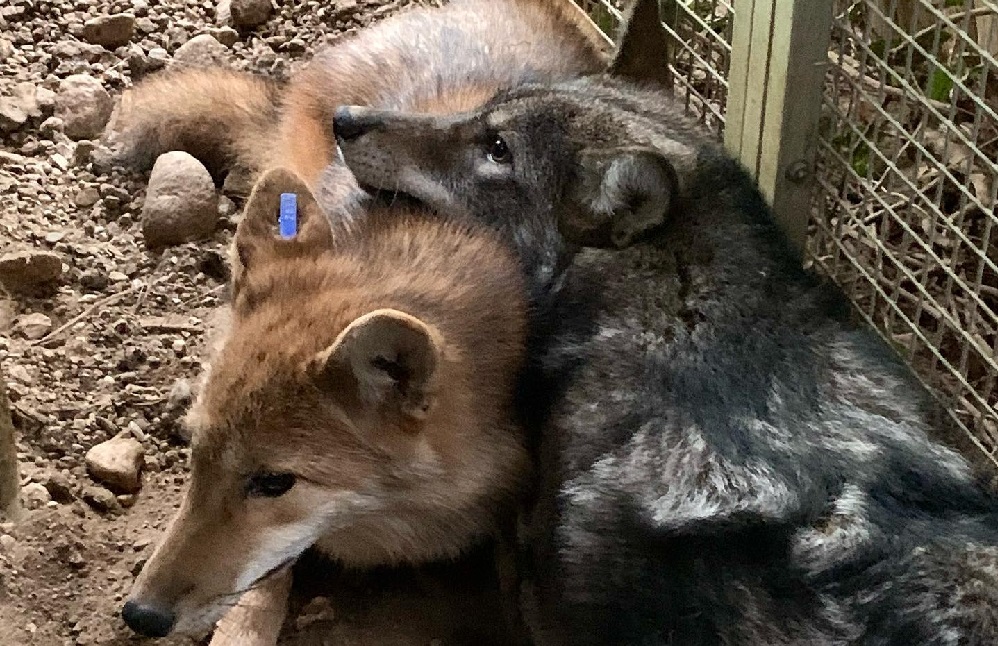 A coyote that gave a local family a big surprise when they took home what they believed to be a small dog has been returned to the wild.

According to the New England Wildlife Center in Weymouth, the above Eastern Coyote pup was separated from his family in May and was found wandering and distressed by the side of a busy road. He was then accidentally taken home by a southern Massachusetts family after they mistakenly identified him as a lost puppy.

After realizing their mix up, they called the New England Wildlife Center for assistance. With the help of the Mass Department of Public Health, they were able to determine there was no potential exposure risk to rabies and were able to clear him for care and granted permission to rehab by Mass Wildlife.

The Cape Wildlife Center in Barnstable stated that after 6 long months of rehab, he is wild by all accounts and is exhibiting all of the correct behaviors and skills. Weighing in at just over 40 pounds, he has a healthy appetite and has been increasingly active in the large outdoor enclosure.

He was released Wednesday with a foster sibling who NEWC paired with him since they were just a few weeks old. She was also orphaned and was transferred to their hospital after receiving care at Wildlife Rehabilitators Association of Rhode Island. The two became friends very quickly and have been inseparable ever since. Because they had each other as companions, they have remained wild and weary of humans. Releasing them as a unit will hopefully increase their survival rate in the wild. While some coyotes may choose to part ways after release something tells us these two may be bonded for life

Thankfully, this case had a happy ending, but as NEWC pointed out, it could have easily gone differently.

“Coyotes are considered a Rabies vector species in MA and are susceptible to contracting the virus that is deadly to all mammals including people. If the finders had been bitten, scratched, or had extended contact we would have been mandated to euthanize the pup and test for rabies.”

This is a cautionary tale for those who want to help.

“We are grateful to every single person who takes time out of their day to help wildlife when they are in need, but we always encourage people to call the appropriate resources prior to intervening, it can help Keep all involved safe!”