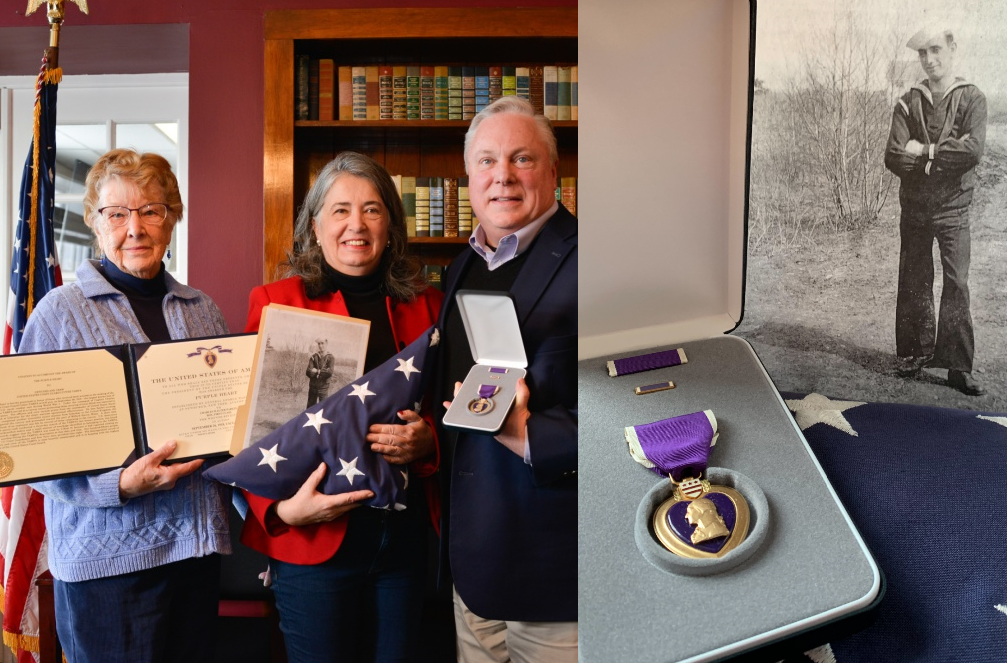 BOSTON — The First Coast Guard District Commander, Rear Adm. Andy Tiongson, the crew of Station Castle Hill, and the Newport community honored Charles Parkin, Wednesday. Officials presented Parkin’s nieces, Frances and Joan, and his Great-nephew, Tom, with the Purple Heart medal for making the ultimate sacrifice during WWI. Parkin was 17 when he enlisted in the U.S. Coast Guard, and served as a crew member aboard the USS Tampa. One of the six Coast Guard Cutters assigned to the Navy, Tampa was on convoy duty in European theater when the ship was torpedoed by a German submarine and sunk with all hands aboard on Sept. 26, 1918, in Bristol Channel, England.

In 1999, Commandant Admiral James Loy authorized the posthumous awarding of the Purple Heart Medal to the crew of USS Tampa. The Coast Guard continues to identify families who have yet to receive their ancestors’ Purple Heart.