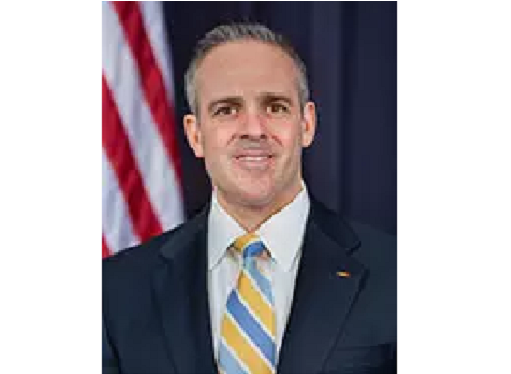 The Fall River City Council passed a vote of no confidence against Superintendent of Schools Matthew Malone at Tuesday’s City Council meeting.

Cadime stated social media posts that he has made concerning Malone and the School Committee has been all factual and made it clear that his assertions could be researched for accuracy.

“Buildings don’t teach students, it’s people who teach students. We have an individual who is paid a lot of money to lead a school district and he has created a hostile work environment.”

Concerning comments made involving the City Council being told to “stay in their lane”, Cadime stated that the School Committee had applauded them for the actions they took against then Mayor Jasiel Correia, including a vote of no confidence, when they had no authority to do so and this situation is not any different.

“We had no authority whatsoever, but we took a stance because it was the right thing to do.”

According to Cadime, the School Committee is facing 5 MCAD cases which in his experience one alone could cost $500,000 or more which would come from school funding.

“We have anti bullying policies for students, but not employees?”

Cadime commended Mayor Coogan for recusing himself due to a conflict of interest and was wondering why 3 other School Committee members with conflicts did not do the same.

According to Council President Cliff Ponte and Cadime, Malone sent a letter from his attorney to cease and desist shortly before the meeting.

Both Cadime and Ponte stated that they would not be intimidated by the letter.

Multiple Councilors stated that school department employees have contacted them with more allegations against Malone stating they did not come forward over fear of losing their jobs.

Councilor Dionne stated that the City should see more in a School Superintendent.

“Our leaders set the standard. They do not lower it.”

Council Vice-President Pam Laliberte-Lebeau also had issues with the idea that the Council should stay out of School Committee business.

“Besides being a Councilor, I’m a taxpayer and a parent.”

Laliberte-Lebeau stated that it isn’t fair that the school system is moving employees instead of Malone.

She also addressed an incident where a faculty member was dismissed due to a social media post.

Councilor Trott Lee expressed that Fall River keeps getting a black eye and something has to be done.

Councilor Leo Pelletier stated in all of his years in politics he has never seen a situation as bad as it is with Malone.

“You can’t leave that guy in there. He has to go.”

Councilor Chris Peckham reiterated his stance that Malone should be let go.

Councilor Linda Pereira was initially conflicted on how to vote stating that if everything she read was accurate, Malone should be fired, but she wanted to hear both sides of the story and felt there may be something the public doesn’t know as to why the School Committee had not fired him.

Ponte continued to make clear his stance that Malone should be relieved of his position.

Ponte also reiterated that the investigative report should be released if there are no issues.

Cadime then requested a motion to send a letter to Malone to have him resign which passed 8-0 with Kilby voting present.

Ponte then proceeded to make a motion to send a letter to the School Committee to release the investigative report involving Malone which also passed 8-0 with Kilby present.