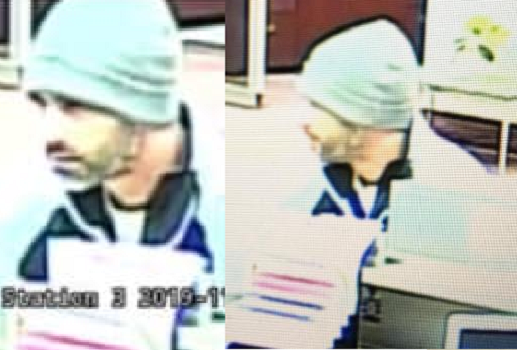 Steven Cerqueira pleaded guilty on March 2 in Fall River Superior Court to an indictment charging him with unarmed robbery.

On November 15, 2019, this defendant entered Santander Bank in Attleboro, approached the teller and passed a note to her demanding money. The note read “100, 50, 20, quickly.” The defendant then said, “give me more” as the bank teller was taking money out of her cash drawer.

The bank teller, who later told police she was in fear, gave the defendant about $200 from her drawer. The defendant then fled the scene with the money.

During the course of the investigation, it was determined this same defendant had committed a similar robbery at the Santander in Middleboro approximately one week prior. The defendant turned himself in on November 18, 2019 and admitted to both the Attleboro and Middleboro robberies.

The defendant was sentenced last July in Plymouth Superior Court for the Middleboro bank robbery to serve seven to nine years in prison. The Bristol County eight to 10 year state prison term imposed this month by Judge Raffi Yessayan will run concurrently to the Plymouth County prison sentence.

The case was prosecuted by Assistant District Attorney Natasha Azevedo.

The defendant has a five-page criminal record consisting of mainly theft related/violent offenses. His first armed robbery related conviction was in 2005. He’s continued to commit and receive convictions for both unarmed and armed robberies ever since. His most recent conviction, prior to these new offenses, was in 2014 out of Essex Superior Court, where he received a four year state prison sentence.

“The defendant is a career criminal who has a history of committing robberies. He needs to be kept off the street to protect society,” District Attorney Quinn said.