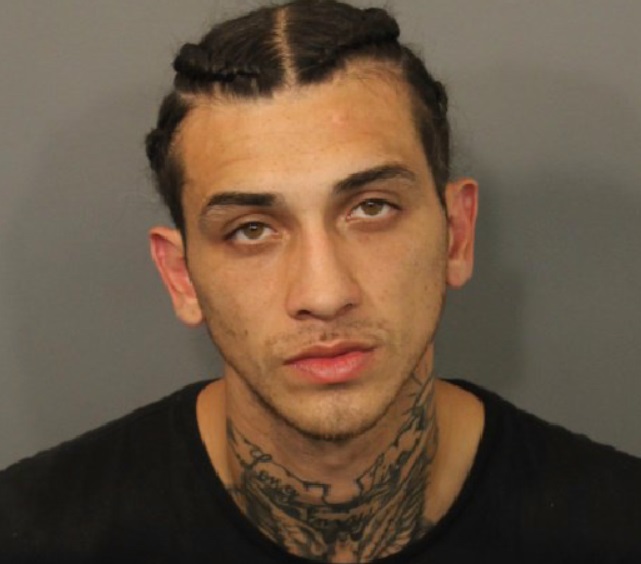 Fall River Police are looking for a suspect reportedly involved in a shooting and pistol whipping.

According to Captain Barden Castro, just after 8:00 p.m., Uniform Division Officers responded to the 200 block of Ridge Street on the report of gunfire. Ofc. Connor Levesque investigated and was able to determine that 35-year-old Eric Espinal of Norwood during an argument on the street, struck a victim with a firearm and then fired two shots striking the victim’s car.

Believing that Espinal was inside of a first-floor apartment on Ridge Street, and knowing that he was armed, additional officers responded to the scene and secured the building. The Fall River Police Emergency Services Unit responded and entered the multi-family home. A sweep was conducted of each floor until it was determined that Espinal had fled prior to police arrival.

This morning, a warrant was issued for the arrest of Eric Espinal for various felony charges some of which are Firearm Armed Assault to Murder, Carrying a Firearm without a License (3rd offense), Carrying a Loaded Firearm (2nd offense), and Attempt to Commit A&B by Discharging a Firearm.

Espinal should be considered armed and dangerous.

Anyone seeing Espinal or knowing his location should not approach but, instead, call their local police department. Anyone having information on Espinal or if seen in Fall River contact FRPD at (508) 676-8511 or (508) 672-TIPS (8477).