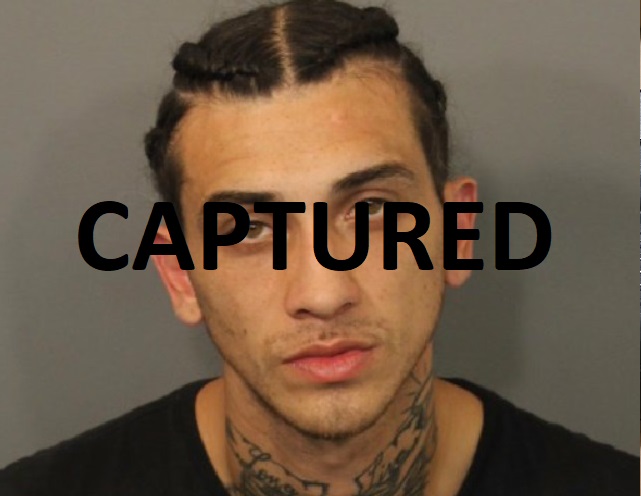 After a foot pursuit and small car chase, Fall River Police captured a suspect wanted in a Wednesday shooting and pistol whipping.

According to Captain Barden Castro, on Thursday, Fall River Police received information that 35-year-old Eric Espinal was going to be travelling to Fall River during the evening hours. Espinal was wanted on a warrant stemming from an incident on Ridge St, in Fall River from the night before where he beat his victim with a pistol and then shot at them. Detectives from the Vice Intelligence and Gang Unit as well as Uniform Division Officers set up in the area where they expected to see Espinal.

Just before 9:45 p.m., Espinal was spotted in a motor vehicle. Upon realizing that police were closing in, Espinal began to run on foot. After a foot chase through the neighborhood, Espinal was taken into custody in the 500 block of William Street.

Eric Espinal was arrested and brought to the Fall River Police station where he was processed and ordered held by a Bail Commissioner. It is expected that Espinal will be brought before the court in Fall River this morning for arraignment.

Just after 8:00 p.m. on Wednesday, Uniform Division Officers responded to the 200 block of Ridge Street on the report of gunfire. Ofc. Connor Levesque investigated and was able to determine that Espinal of Norwood during an argument on the street, struck a victim with a firearm and then fired two shots striking the victim’s car.

Eric Espinal will be facing various felony charges some of which are Firearm Armed Assault to Murder, Carrying a Firearm without a License (3rd offense), Carrying a Loaded Firearm (2nd offense), and Attempt to Commit A&B by Discharging a Firearm.

The Fall River Police Department thanked the community for the information provided which helped lead to the capture of Espinal.