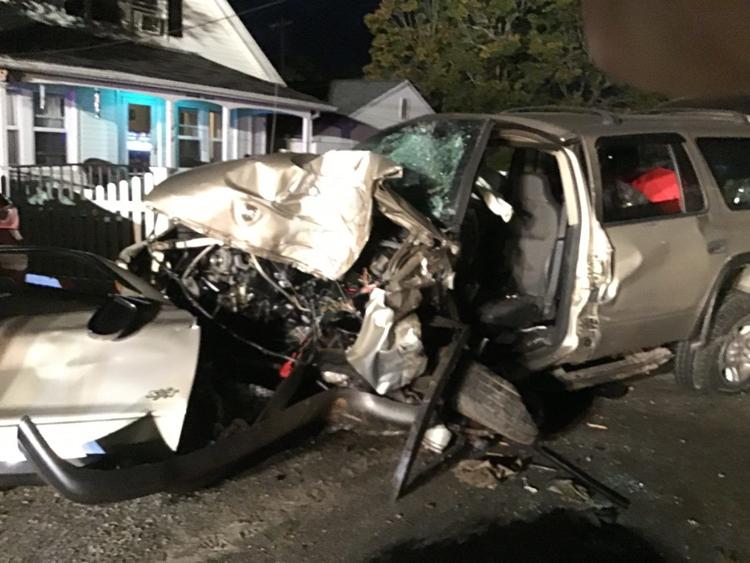 On Wednesday, Sept. 15 at approximately 7:15 p.m., North Attleboro Fire responded to the area of Smith and Cross Streets for a report of a single-vehicle crash. Upon arrival, the first arriving crews found that a Dodge Durango had crashed into two utility poles.

North Attleboro firefighters used hydraulic equipment to extricate the male operator of the vehicle who was then transported by ambulance to Rhode Island Hospital with injuries that were not believed to be life-threatening.

A portion of Smith Street was closed for a period of time last night while crews worked to clear the scene. The road has since been reopened.

A short while later, at approximately 7:45 p.m., North Attleboro Fire responded to two simultaneous calls for service. The first call was a report of a motor vehicle crash involving two vehicles on Route 95 in the area of the Route 152 bridge. Two patients, a male with non life-threatening injuries and female with injuries that were not believed to be life-threatening, were treated on scene and transported to area hospitals by Mansfield Fire paramedics.

While crews responded to the crash, crews on the scene also received reports of a box truck that was stuck in traffic on Route 95 and engulfed in flames.

Upon their arrival, firefighters found the truck on fire with flames coming from the engine compartment and quickly spreading to the main cabin of the vehicle. Firefighters worked quickly to extinguish the flames and prevent the fire from spreading to the propane tanks, gasoline and acetylene containers that were being transported in the back of the truck.

No injuries were reported as a result of the truck fire.

The Mansfield and Attleboro Fire Departments provided mutual aid at the scene of both incidents on Route 95. Portions of Route 95 were closed for a period of time due to the crash and truck fire.

“I would like to commend all North Attleboro firefighters and our mutual aid partners from Attleboro and Mansfield who assisted us in responding to these incidents last night Thanks to their quick and efficient responses, we were able to render aid to all parties involved in each incident,” Deputy Chief Michael Chabot said.