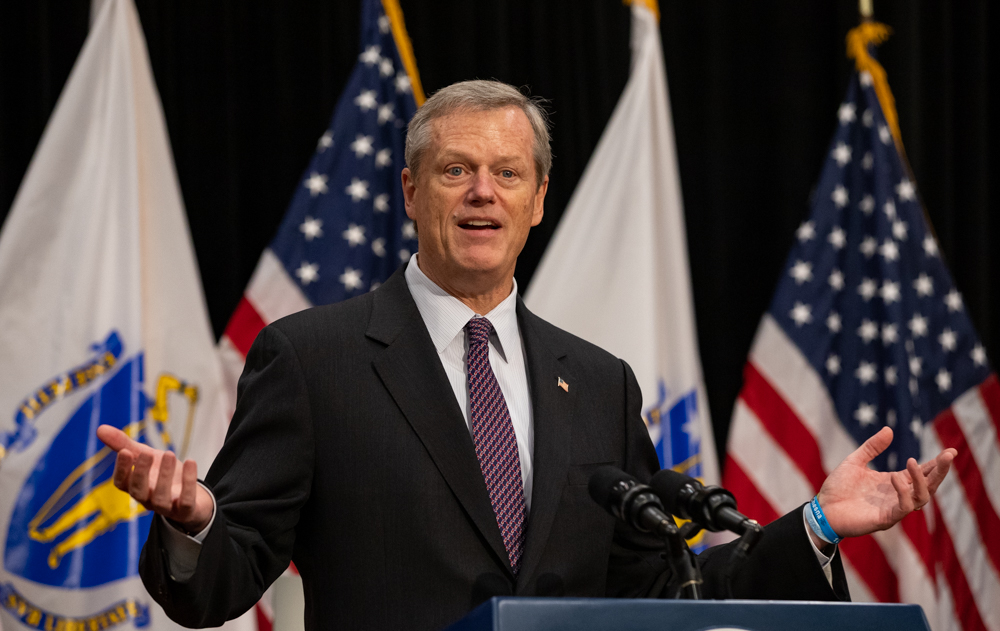 In his latest defense of the administration’s timeline for lifting COVID-19 restrictions, Gov. Charlie Baker on Thursday said he does not want to alter the approach in Massachusetts based on other states.

In states such as New York and New Jersey, governors have targeted mid-May for steps such as lifting capacity limits on businesses. Capacity limits in certain sectors will increase next week, but the timeline Baker laid out calls for restrictions to lift completely in August.

Baker said Thursday that Massachusetts had some of the lowest positive case counts and hospitalization rates in the country during the fall second surge amid a cautious approach.

“We did not have the same kind of triage going on here in Massachusetts that was going on in many other places,” he said. “We’re going to continue to play this game based on what we think makes the most sense for the people in Massachusetts. We’re going to balance the economic stuff with the public health data, and if we see significant improvements in our data over the course of the next month or so, we’ll make adjustments.”