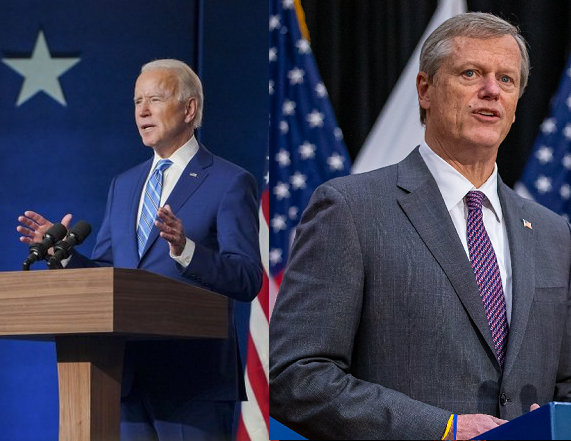 Gov. Charlie Baker over the weekend defended his administration’s “pretty incremental strategy” to relax COVID-19 restrictions and push Massachusetts forward into the final stage of reopening, adding in a televised interview that aired Sunday that he believes the Bay State is on track to achieve something close to normalcy by July 4.

Baker told CBS Boston’s Jon Keller that he has no second thoughts about the decision to move to the fourth and final reopening phase starting Monday, despite U.S. Centers for Disease Control and Prevention Director Dr. Rochelle Walensky warning weeks ago against easing up too quickly. “Different parts of the country are in different places, both with respect to the virus and with respect to what their rules are with regard to what people can do and what they can’t do,” Baker said. “I would argue many changes we made in March were modest. They basically took us back to where we were at one point last fall.”

Last spring, Baker said, Massachusetts did not see a significant surge in key metrics such as new cases or hospitalizations after it started allowing some businesses to reopen. After peaking in January, those trend lines declined significantly and started to flatten, which Baker said he expects.

President Joe Biden has targeted the Fourth of July as a date when the country can “mark independence” from COVID-19. Asked when he believes normal life will return to Massachusetts, Baker offered a similar target, particularly if supply of the single-dose Johnson & Johnson vaccine scales up in April as expected. “Some of that depends a little bit on whether the supply projections we’re getting from the folks in DC pan out. If they do, I fully expect that we’ll be able to get to the date the president talked about, the Fourth of July, in a very different place than we were in certainly the last Fourth of July and where we’ve been for much of the last year,” Baker said. “The likelihood that many people in Massachusetts will be fully vaccinated by the time we get there is quite high.”