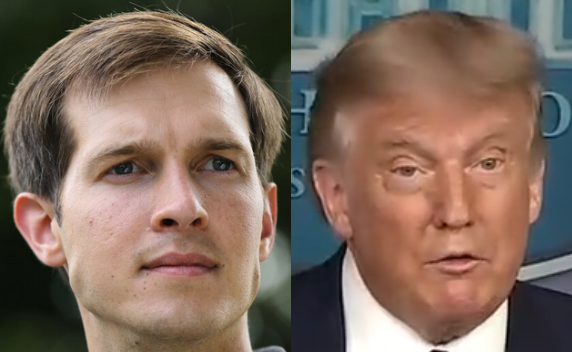 Washington, D.C. – This morning, Congressman Jake Auchincloss (D, MA-04) joined MSNBC to offer his reaction to the impeachment verdict; discuss what’s next – including voicing his support for pursuing the 14th Amendment; and to discuss the future of the country and how Democrats plan to crush COVID-19 and rebuild the economy.

In the interview, Auchincloss discussed his thoughts on the Senate’s impeachment verdict.

“Over the last four years, counting on political courage from the GOP has been a losing bet, so I didn’t expect anything. For the first time in my life, I think I agree with Marjorie Taylor Greene – this is Donald Trump’s party…[Mitch McConnell took a] cowardly way out. The right thing to do was clear and apparent. The evidence was put forward in front of the entire American people. This should have been a 100 to 0 conviction…I can’t speak to the machinations of the GOP and the extremist right wing. I know from my seat they’re off to a very bad start by giving someone like Marjorie Taylor Greene a standing ovation in the House Chamber. I hope that they become a serious party of governance once again. That they can join Democrats in boosting vaccination supplies, in reopening the schools, in passing an infrastructure package that’s going to create good jobs and improve our transportation foundations for the 21st Century economy, We have real serious work to do as a country right now and we need all hands on deck. And so, to the extent that they are going down a rabbit hole of QAnon, they are doing what’s worse for the country and I think they will spell their own electoral demise.”

Auchincloss spoke about his thoughts concerning former president Trump and the 14th Amendment. Article three of the Amendment states that no person shall be a Senator or Representative in Congress, or elector of President and Vice President, or hold any office, civil or military, under the United States, or under any state, who, having previously taken an oath, as a member of Congress, or as an officer of the United States, or as a member of any state legislature, or as an executive or judicial officer of any state, to support the Constitution of the United States, shall have engaged in insurrection or rebellion against the same, or given aid or comfort to the enemies thereof. But Congress may by a vote of two-thirds of each House, remove such disability.

“Congressman Raskin [and] Neguse argued a case for the ages. The American people saw the evidence, the highest-ranking GOP member in the country called this a ‘disgraceful dereliction of duty.’ The case was made. Going forward there are other avenues for accountability, including the 14th amendment to ensure that Donald Trump can never run for president again – and I think we should pursue that. But this case was argued, and this case was a slam dunk. The focus here needs to be on the fact that the majority of the GOP is still too scared to do what is right…you can’t incite an insurrection against the United States Government, impeachment has now carried through and we need to explore other options available to us, including fact finding, It can never happen again and [we need to make sure] this worst president in American history does not have the power to hold office again. It’s a threat to national security.”

Auchincloss went on to express his thoughts on what his current priorities are moving forward.

“I can’t speak for what the GOP is going to do now or going to do next. What I can speak for is what Democrats are going to do and what I’m going to do for my district. We’re going to crush this virus, we’re going to get kids back to school, we’re going to get people back to work – including in industries like offshore winds and life sciences manufacturing that are good green jobs that are important for the 21st Century. And, as we reflect on the third anniversary of the Parkland shooting, we’re going to end this plague of gun violence in this country by banning assault weapons and by requiring safe storage laws for handguns…[I will tell my son] That [the insurrection] was a dark day for our Democracy but that it did not derail our democracy. That ultimately, we in Congress did what was right and necessary and that with the leadership of President Biden, and with Congressional Democrats, we put America back to work; we crushed this virus; and that we restored the integrity of government.”