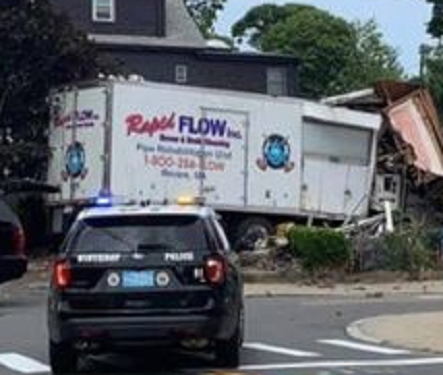 According to Dave Procopio of the Massachusetts State Police, the incident occurred at approximately 2:45 p.m.

Preliminary investigation suggests a male suspect stole a truck owned by plumbing and drain company Rapid Flow and then crashed into a building on Veterans Road in Winthrop.

Following the crash, the suspect emerged from the truck and proceeded on foot.

At some point shortly thereafter, the suspect, who was armed with a firearm, is believed to have shot a female bystander as well as a male. Police are investigating whether the male may have been trying to engage the suspect to end the threat. The female and male are both deceased.

Winthrop Police arrived on scene within moments and shot the suspect. The suspect also is deceased.