A popular donut shop in North Kingstown, Rhode Island has announced that they are discontinuing a discount for military and police officers in support of the Black Lives Matter movement.

Allie’s Donuts posted on Instagram on Saturday that they will no longer offer the discount.

“We’re fed up. Until local police takes action to solve problems with racism & injustice, @alliesdonuts will choose to stand with the people of our great state. We will no longer offer military or police discounts. Thank you for your service, And shame on you for your silence.”

The eatery has received both praise and backlash.

In addition to revealing the removal of the discount, the donut shop posted a message Saturday evening to a Providence Police officer who had allegedly racially profiled a Providence Firefighter. 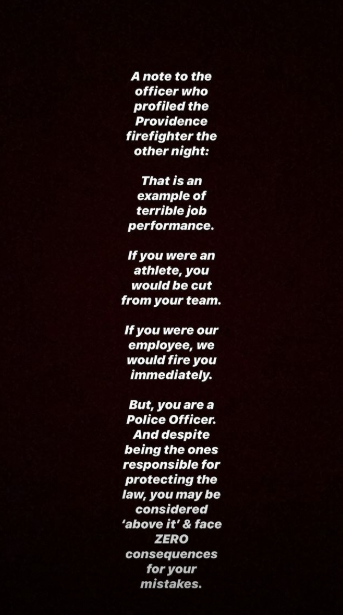 The firefighter, Terrell Paci, participated in a recent BLM protest and shared his story with the media. The Providence Police Union has since responded stating that Paci was not racially profiled.

Today, a massive line of customers could be seen at Allie’s in support of the move.