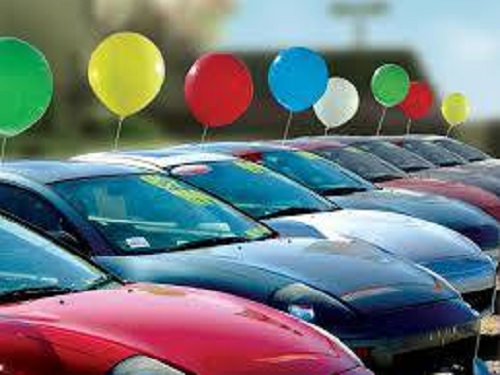 BOSTON – An automobile lender will provide nearly $800,000 in debt relief and refunds to Massachusetts consumers to settle allegations that it facilitated the sale of defective and unsafe vehicles by two used car dealerships in Westport and Fall River, Attorney General Maura Healey announced today.

In an assurance of discontinuance, filed in Suffolk Superior Court today, United Auto Credit Corporation (UACC) has agreed to provide relief to consumers who purchased vehicles at F&R Auto in Westport and City Line Auto Sales, Inc. in Fall River and financed loans through UACC.

“For many consumers, buying a car is the largest purchase of a lifetime, and when it’s defective or inoperable, it can have catastrophic ripple effects on daily life and well-being, including employment, housing, and even health,” said AG Healey. “This settlement furthers our office’s mission to protect consumers from predatory and unfair practices and secures hundreds of thousands of dollars in relief for those victimized by this company.”

UACC is a subprime automobile finance company that contracts with a network of automobile dealerships nationwide, including dealerships located in Massachusetts. UACC provides high-cost auto loans to consumers with poor credit histories through dealer-arranged agreements and finances these loans at the statutory maximum 21 percent interest rate.

The AG’s investigation found that UACC facilitated the sale of defective and inoperable vehicles by F&R Auto and City Line by supplying the dealerships with financing, despite knowing of hundreds of consumer complaints against the dealerships and of their high default and repossession rates.

Champagne DeGrace from New Bedford, a former customer of F&R Auto was unable to receive repairs for her car after the engine blew out following a purchase in 2011. After making over $2,500 of post-judgment payments to UACC, her car was repossessed. With this settlement UACC is forgiving the remaining debt on her repossession and refunding her the full amount of post-judgment payments she made.

UACC also illegally required some consumers who had to voluntarily surrender their vehicles when they could not afford their payments to sign a Voluntary Surrender Agreement with broad release language that waived all recourse against UACC, while pursuing judgments against consumers who failed to pay their deficiency balances after repossession.

Under the terms of the settlement, UACC will release and forgive all unsatisfied debt and waive all uncollected deficiency balances owed by Massachusetts consumers who purchased vehicles from F&R Auto and City Line and financed them through UACC on or after October 5, 2014; waive all uncollected deficiency balances and refund payments toward deficiency balances for all Massachusetts consumers who voluntarily surrendered their vehicles to UACC by signing the release with broad waiver language; and repair these consumers’ credit with credit reporting agencies. UACC will also pay $250,000 to the Attorney General’s Office.

According to Healey, UACC has undertaken substantial changes to its business practices and procedures to comply with Massachusetts law. This includes implementing new debt collection and wage garnishment processes and changing the way it conducts business with dealerships.

UACC consumers who have questions or concerns about the settlement can contact the Attorney General’s hotline specifically designated for this case at 617-573-5336.