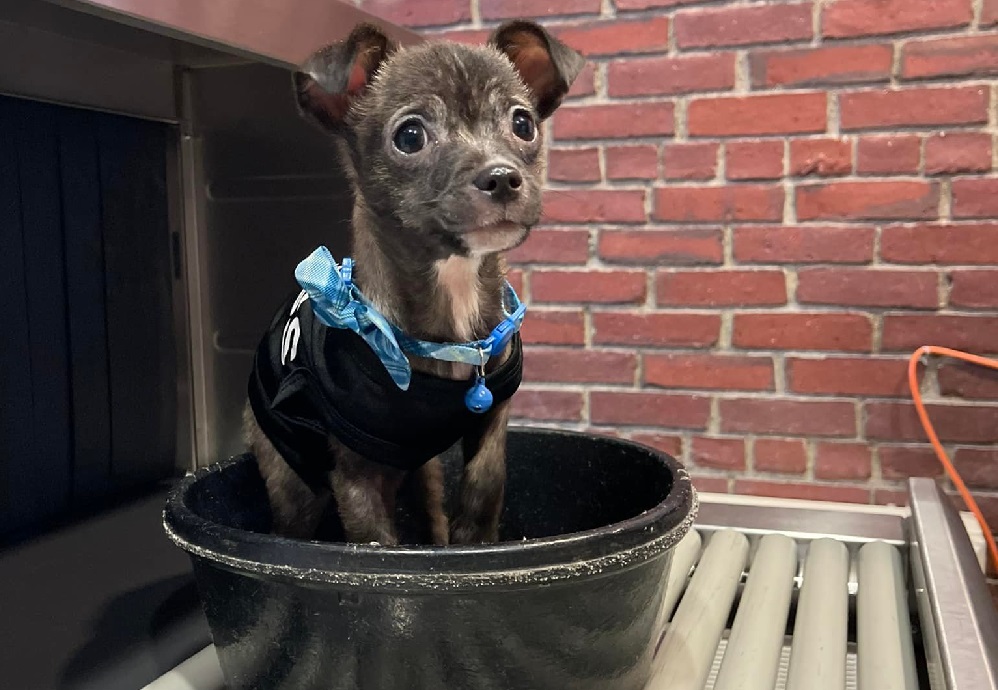 A 24-year-old woman who admitted to abandoning her young Chihuahua in Massachusetts this year has received her punishment.

Dominique Scott of Pawtucket was sentenced to two years of probation. She saw her case continued without a finding if she completes a class for people that are charged with animal cruelty, and she does not own any pets while on probation.

North Attleboro Police announced in March that an arrest had been made, coincidentally on National Puppy Day, in regard to the abandoned puppy from February 26.

Scott was then arraigned at the Attleboro District Court on the charge of Cruelty to Animals.

The puppy, named Axel by NAPD, was left to die on the side of the road in a blue crate on Draper Avenue in North Attleboro. He was found by someone walking their own dog.

Since he was found, NAPD took Axel on all kinds of adventures and documented them on social media.

Axel received medical care after being abandoned and was adopted by a NAPD officer and was made an unofficial community mascot and member of the police department.