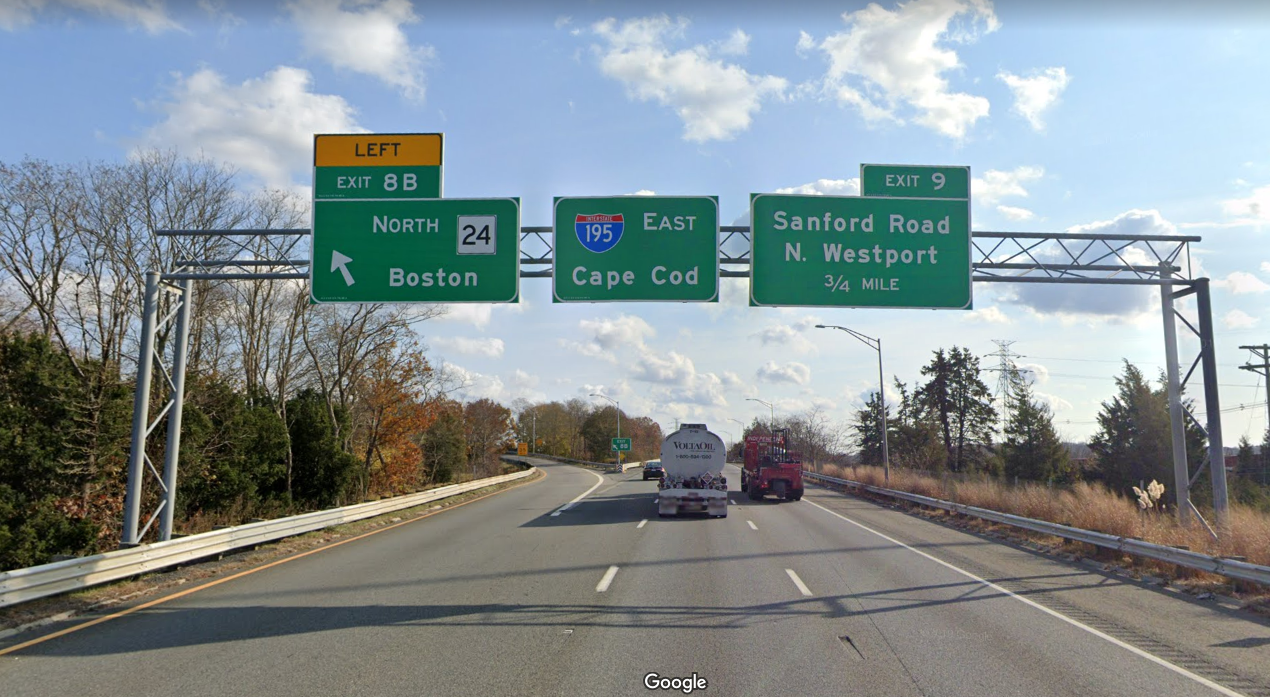 TAUNTON/NEW BEDFORD – The Massachusetts Department of Transportation is announcing that the week of October 18, crews will begin converting all exit numbers in Massachusetts on specific roadways to a milepost-based numbering system, per Federal Highway Administration requirements. Work will typically be completed during the overnight hours and the contractors are required to complete the full interchange before moving along to the next exit.

The following corridor will begin to have milepost signs installed:

The installation of the new mileage-based exit signs will begin in Taunton and end in New Bedford. After the week of October 18, crews will go corridor by corridor in the state also installing new exit signs. The contractor will move to the I-195 corridor after completion of Route 140. The complete schedule has not been confirmed beyond the Route 140 and I-195 corridors.

MassDOT will install “old exit #” signs at key locations for a minimum of two years.