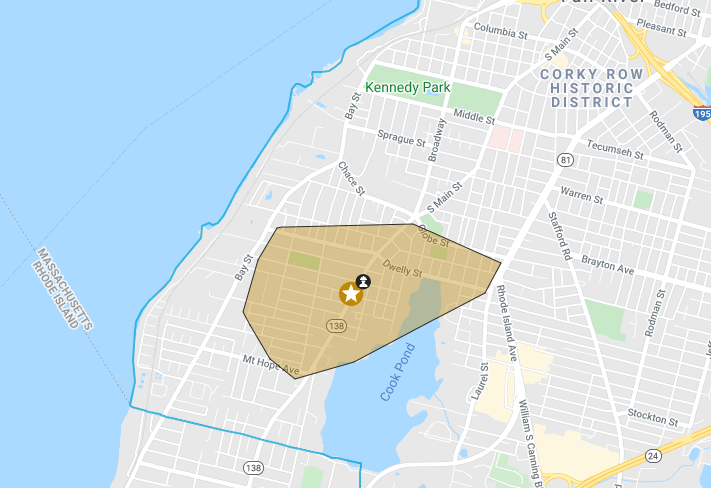 The south end of Fall River is getting hit with a double shot this morning.

After residents were complaining of little or no water pressure, it was discovered that there was a water main break.

According to City Council Vice-President Pam Laliberte-Lebeau, there is a report of a break at Bay & Middle Streets. It was unclear how long it would take for the break to be repaired.

One of our followers posted video of the break in our “Fall River” group.

A power outage is also being reported in the southwest corner of the city impacting a few thousand customers. National Grid posted an estimated restoration time of 12:45 p.m.

Another thing to keep in mind, the City of Fall River has begun the second round of the 2021 water system flushing program.