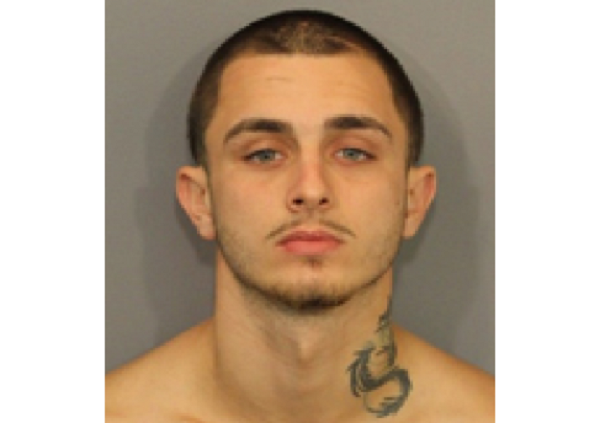 A 25-year-old Fall River man who fled the state after posting bail connected to a litany of different criminal cases from throughout the region was taken back into custody by Massachusetts State Police detectives assigned to this office earlier this week in New York and has had his bail revoked, Bristol County District Attorney Thomas M. Quinn III announced.

According to Gregg Miliote from the Bristol County District Attorney’s Office, Jarrid Batista was transported from Valhalla, New York in Westchester County where he was arrested early this week on the outstanding default warrants from Massachusetts. He is now back to the Bristol County House of Corrections. The defendant initially defaulted on a superior court indictment on March 22.

In Brockton, he has an open case involving charges of operating a motor vehicle with a suspended license, possession of a class B drug and marked lanes violations.

In Taunton District Court, he has an open case involving charges of possessing a class A drug with the intent to distribute, possession of a class B drug and receiving stolen property.

In Fall River District Court, he has four open cases involving charges of operating a motor vehicle with a suspended license, conspiracy to violate the drug laws, possession of a class B drug with intent to distribute, leaving the scene of property damage, negligent operation of a motor vehicle, unarmed robbery, and assault and battery on a family or household member.

In Fall River Superior Court, he has one open case involving an indictment for trafficking in excess of 36 grams of cocaine and possession of heroin. The Superior Court case is the result of an arrest in Swansea last June. During that incident, the defendant was observed to be passed out in a running car outside a motel in town. Swansea Police attempted to perform a well-being check on the defendant, at which time the defendant ran from police and entered a motel room. After gaining entry to the room, police found more than 40 grams of cocaine in the room and a small amount of heroin. During his superior court arraignment on the charges connected to the Swansea incident, the defendant was held on $7,500 cash bail.

The defendant’s bail was revoked yesterday during an appearance in Fall River Superior Court, meaning he will now be held without bail.

The defendant eventually posted that bail early this year, and when his case was on for a motion to suppress hearing in Superior Court on March 22nd, the defendant did not appear. A bench warrant was issued for his arrest at that time.

“I am very pleased this defendant was arrested in New York by law enforcement. He defaulted on seven different open cases,” District Attorney Quinn said. “This is a defendant who should definitely remain held in custody until his cases can be resolved in court.”