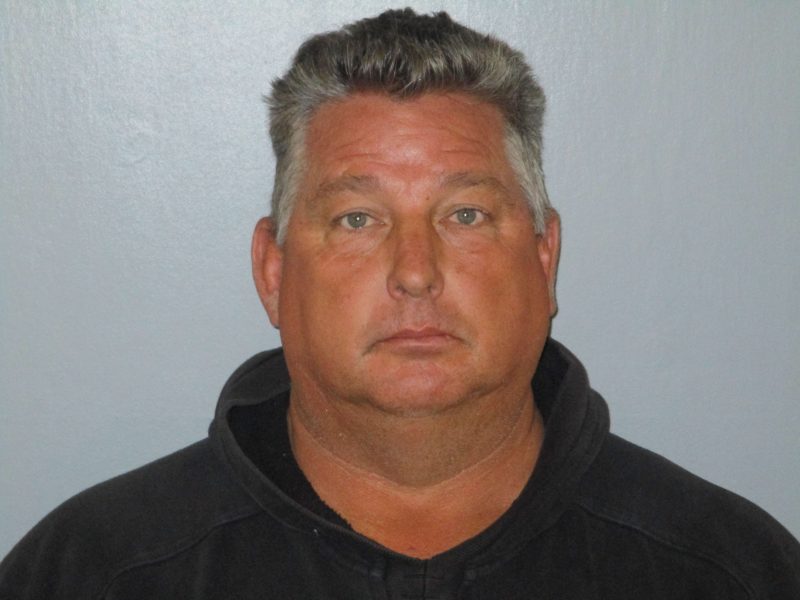 The mystery of the Westport brick bandit has been solved.

According to Detective Jeff Majewski, on October 18 at approximately 2:30 a.m., the Westport Police arrested 54-year old David McCarthy of 1 Sandy Lane in Assonet after he was seen at the entrance to Baker’s Beach with two large wall stones inside his trunk. McCarthy told police he had gotten nervous after videos of him were circulated stealing stones from a retaining wall on Bridge Street at Baker’s Beach.

Baker’s Beach had been the target of several nights of thefts where hundreds of dollars of large decorative wall stones were pried from a stone wall on the property. In total, the replacement cost to repair the wall has exceeded $1200 dollars. McCarthy and his vehicle, a 2018 VW 4 door Passat, matched the description captured on surveillance video installed by the beach club. When McCarthy was confronted by police, he admitted why he was there and opened his vehicle trunk which exposed two stolen wall stones. He had also returned earlier in the day at approximately 5:00 p.m. Wednesday and was seen searching for the hidden surveillance camera at Bakers Beach.

McCarthy stated he was making a Koi pond at his home and had additional stones at his residence. He was arrested and charged with Malicious Destruction of Property and Larceny. Police had posted pictures of the suspect and his vehicle on Social Media which generated several leads in the investigation.

Westport Police wish to thank the public for their help.