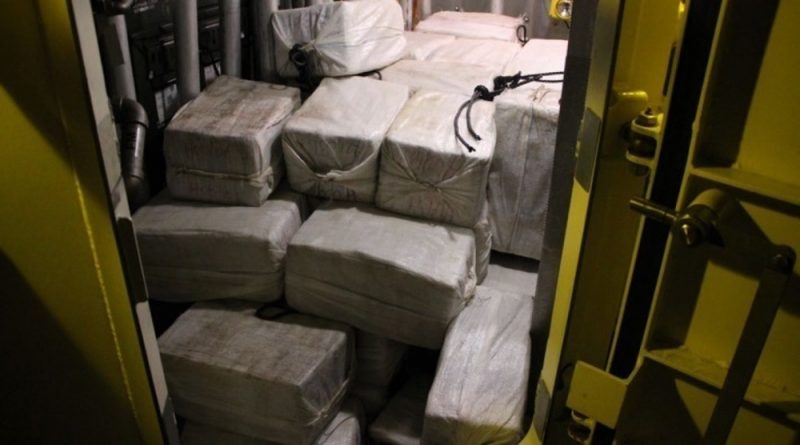 The suspected smugglers are facing likely federal prosecution by the U.S. Attorney’s Office for the District of the U.S. Virgin Islands. 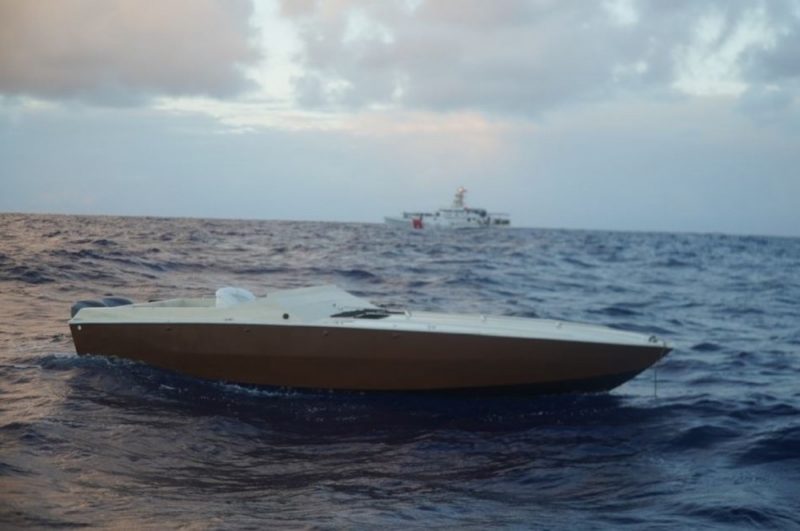 “This case was a team effort and perfect example of Caribbean Border Interagency Group partners working in coordination with Joint Interagency Task Force – East to protect the people of Puerto Rico and the U.S. Virgin Islands,” said Lt. Cmdr. Mario Gil, commanding officer of the Coast Guard Cutter Joseph Tezanos. “This case involved a high speed chase of over 10 hours in challenging weather conditions that was possible thanks to the tenacity and persistence of the Tezano’s crew and of our partners, who are proud to have completed the mission and prevented a large quantity of drugs from reaching the streets.”

While on a routine patrol, the crew of a HC-144 Ocean Sentry aircraft from Air Station Miami detected a suspicious go-fast vessel Monday afternoon transiting with three people onboard, approximately 65 nautical miles north of San Juan, Puerto Rico. Upon sunset, the go-fast continued to transit in the dark without the use of navigational lights. 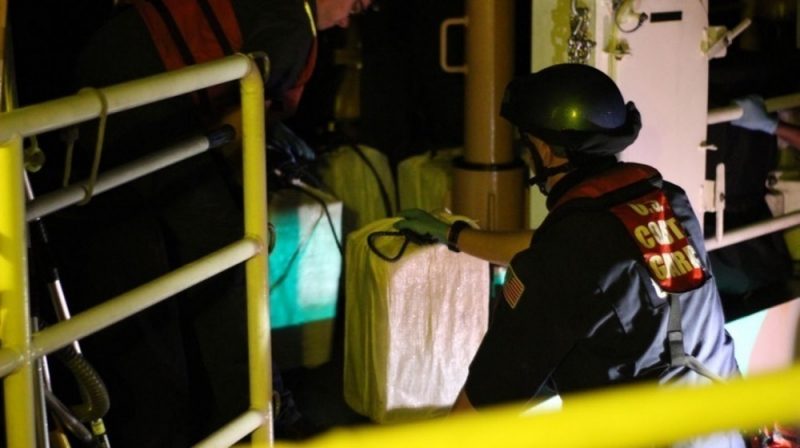 Throughout the multi-hour pursuit, the Coast Guard and CBP aircrews vectored-in the cutter Joseph Tezanos to the go-fast’s position. Once on scene, the Tezanos remained in hot pursuit of the go-fast, as the crew launched the cutter’s Over the Horizon Boat IV that closed-in and interdicted the go-fast, approximately 95 miles nautical miles northeast of St. Thomas, U.S. Virgin Islands. The three suspects onboard the go-fast claimed to be Dominican Republic nationals. The Tezanos boat crew located 52 bales of suspected contraband aboard the go-fast that a field test yielded positive results for cocaine. The Tezanos crew apprehended and embarked the suspected smugglers along with the seized contraband.

The go-fast was later destroyed as a hazard to navigation.

The suspected smugglers and seized contraband where transported to Saint Thomas, U.S. Virgin Islands, where they were transferred to the custody of DEA Special Agents, who are leading the investigation into this case.