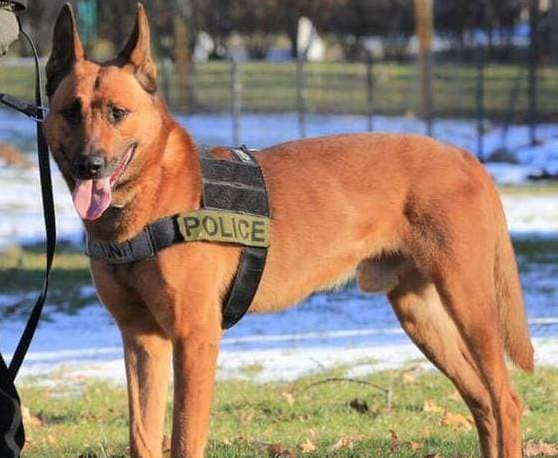 The subject of a domestic violence 911 call to the Braintree Police department is dead and two responding police officers are wounded and are currently in surgery, according to Norfolk District Attorney Michael W. Morrissey.

Initial investigation suggests that officers responding to the 911 call were informed by the caller that the subject had fled into a thickly wooded area adjacent to McCusker Drive and the apartment complex in that area armed with multiple handguns.

Police established perimeter containment around the wooded area. Multiple officers, including a K-9 officer and his search dog Kitt, entered the wooded area. There was an exchange of gunfire which killed the dog, wounded two officers, and mortally wounded the suspect – a Brockton male in his 30s.

The two officers and the suspect were carried from the woods, reportedly given first aid, and transported to area hospitals. The suspect, whose name has yet to be released, did not survive.

“Today begins the process of assembling all available physical evidence, interviewing those involved, and conducting a thorough investigation into this shooting,” District Attorney Morrissey said. “Today is only the beginning. As I have done in the past, I would expect to issue a report on this fatal shooting and make it available to the public.”