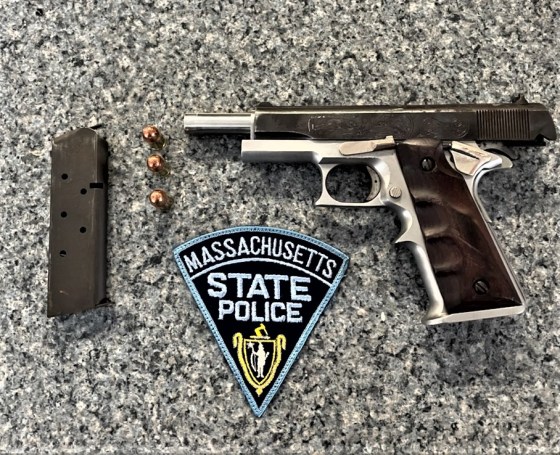 Two people were arrested after the vehicle they were reportedly traveling in was clocked at a speed in the triple digits.

According to Massachusetts State Police, at approximately 2:15 a.m. today Trooper Tiffany DaRosa, assigned to State Police-Middleboro, was on patrol traveling on Route 24 southbound in Bridgewater when she observed a gray Kia SUV traveling at a speed well above the 65 miles per hour limit. She took up a position behind the vehicle and clocked its speed at 100 mph then activated her emergency lights and stopped it in the area of Exit 20 in Taunton.

Upon the vehicle coming to a full stop Trooper DaRosa approached it and identified the operator as Jon Vanrader, 30, of Brockton. She also identified a 16-year-old male in the passenger seat. While speaking to Vanrader Trooper DaRosa began to observe signs of impairment. Additionally she detected the odor of freshly burnt marijuana, observed a small amount of unburnt marijuana in the center gear shift area, and noticed an open container of alcohol by the passenger’s door. Vanrader was removed from the vehicle to undergo testing in order for Trooper DaRosa to determine if he was safe to continue operation. At this time additional cruisers arrived on scene to assist.

Trooper DaRosa determined Vanrader failed the testing and placed him under arrest. After a search of the vehicle Trooper DaRosa quickly located a loaded Caspian Arms .45 cal pistol under the passenger seat. A computer inquiry of the pistol’s serial number revealed it was reported stolen in 2007. The 16-year-old passenger was also placed under arrest.

Both Vanrader and the passenger were transported to the Middleboro Barracks for booking. A bail commissioner was contacted and set bail at $1040 for Vanrader and $240 for the passenger. They were scheduled for arraignment at Taunton District Court.