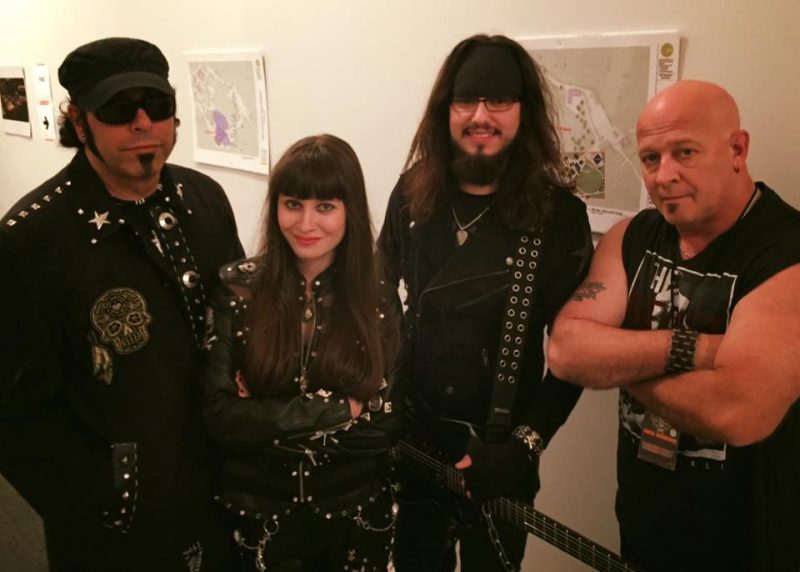 Gabbie Rae is returning home for a one night only show with surprises and some special guests in support of a cause that is very close to her heart.

Gabbie, 19, who is a Fall River native, has been performing since the age of 7. If you have seen her perform, you know she can belt it with the best of them and has a stage presence beyond her years. She has headlined national and international venues and has also supported artists such as Vince Neil, Queensrÿche, Sebastian Bach, Extreme, Dokken, Europe, and Stryper.

Gabbie will be lending her pipes to this special show on August 23rd at Greasy Luck in New Bedford. She is not only planning on some amazing special guests such as Bob Conti & Chris Longo of Dirty Deeds, she is also very excited that her good pals are opening the show.

The night starts with Ray Boucher followed by the reunion of 80’s tribute legends “The Chase”. The band is back together for this one night only show and will feature Gabbie , Sam Bam Koltun, Chris Rapoza, and Roger Trial.

Gabbie is using this night as an opportunity to raise money for her cousin Heidi MacIntyre who is fighting stage IV colon cancer. There will be a silent auction that will feature some cool autographed pieces from Gabbie Rae’s closest rock star pals as well as a major auction item soon to be announced. In addition, Greasy Luck is donating 1/2 of all “Eat & Greet” ticket sales to the cause.

Fall River Reporter has heard some bits and pieces from Gabbie Rae’s camp and there’s a hint that this may in fact be her last appearance as Gabbie Rae as she prepares to launch her new project in the near future. Gabbie has been working on the project full time for over a year. “I can’t give away much detail now but I promise you will love what I am working on and who I am working with.”