The NOAA NWS National Hurricane Center has issued an update on the path and effects of Tropical Storm Isaias.

A list of watches and warnings have been issued as the storm is expected to bring heavy rain and strong winds to much of the east coast including southern New England.

Hurricane conditions are possible in the watch area in South and North Carolina Monday night and early Tuesday.

The combination of a dangerous storm surge and the tide will cause normally dry areas near the coast to be flooded by rising waters moving inland from the shoreline. The water could reach the following heights above ground somewhere in the indicated areas if the peak surge occurs at the time of high tide…
– Edisto Beach SC to Cape Fear NC…2-4 ft
– Sebastian Inlet FL to Edisto Beach SC…1-3 ft
– North of Cape Fear NC to Kiptopeke VA including Pamlico Sound,
– Albemarle Sound, Neuse River, Pamlico River, Chesapeake Bay, and the Tidal Potomac River…1-3 ft 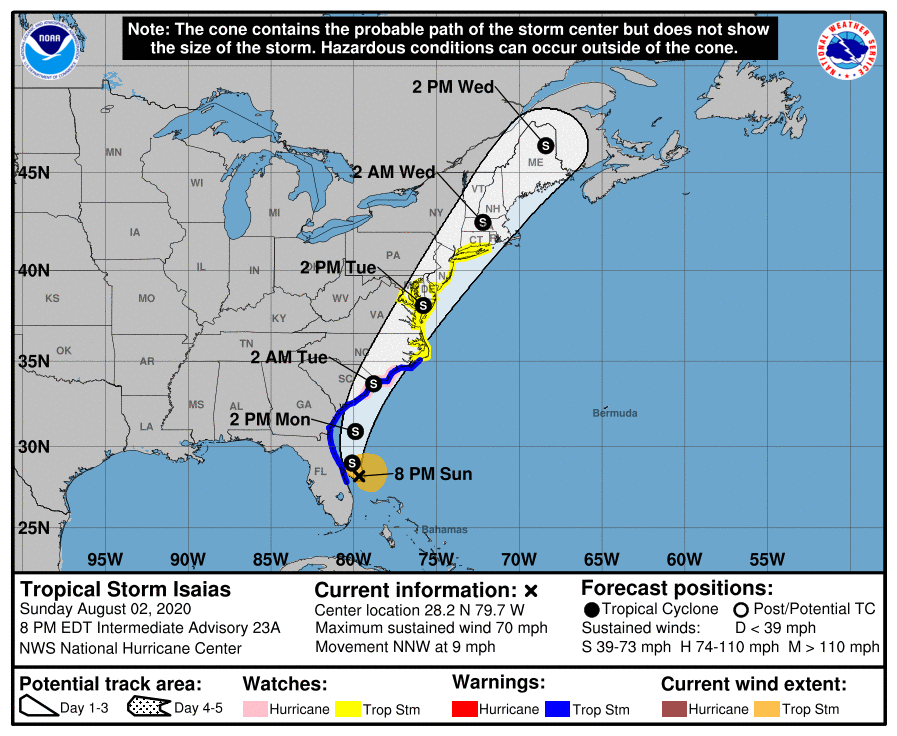 At 8 p.m. EDT, the center of Tropical Storm Isaias was located about 55 miles (90 km) east-southeast of Cape Canaveral Fla. It’s moving toward the north-northwest near 9 mph (15 km/h), and this general motion is expected to continue through tonight. A turn toward the north and north-northeast along with an increase in forward speed is anticipated on Monday and Tuesday. On the forecast track, the center of Isaias will pass just to the east of the Florida east coast through tonight. The center of Isaias will then move offshore of the coast of Georgia and southern South Carolina on Monday, move inland over eastern South Carolina or southern North Carolina Monday night and move along the coast of the mid-Atlantic states on Tuesday. 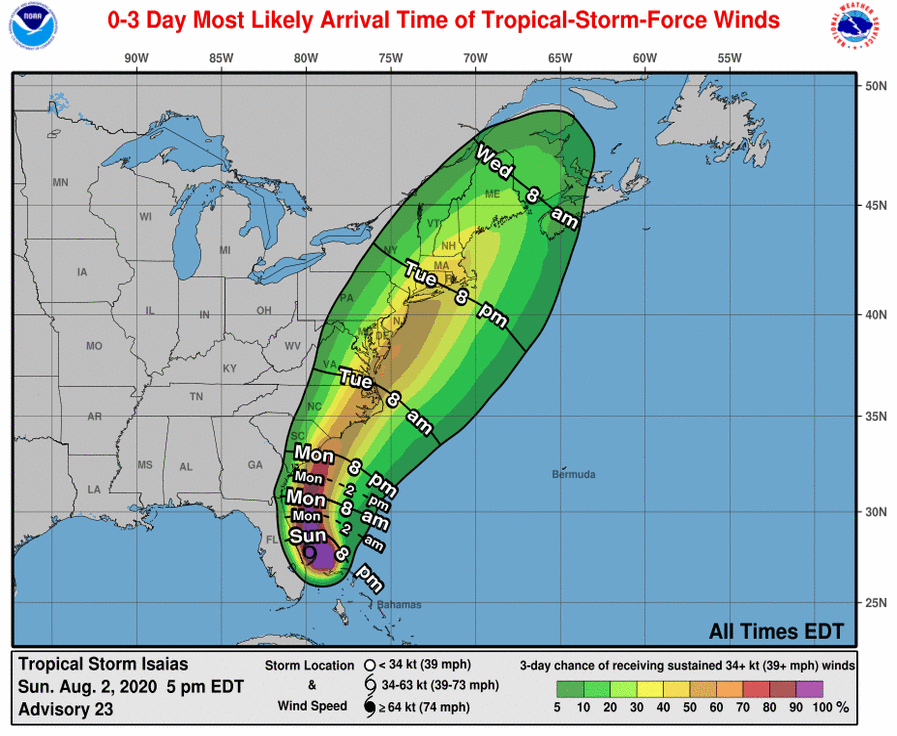 Heavy rainfall from Isaias will continue to result in potentially life-threatening flash flooding in the Northwestern Bahamas through tonight. Flash and urban flooding, some of which may be significant in the eastern Carolinas and the Mid-Atlantic, is expected through midweek along and near the path of Isaias across the East Coast of the United States. Widespread minor to isolated moderate river flooding is possible across portions of the Carolinas and the Mid-Atlantic.