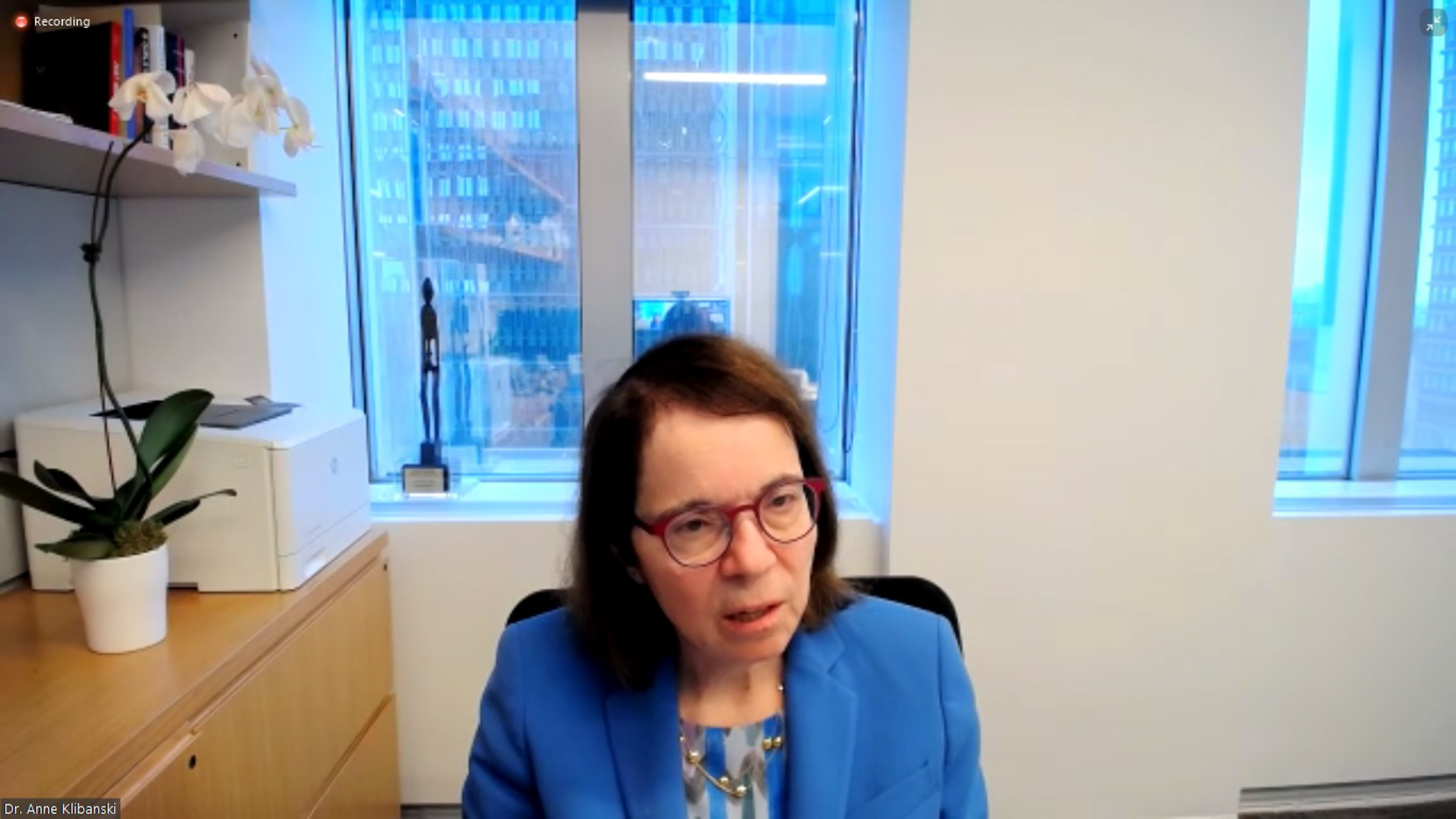 Mass General Brigham CEO Dr. Anne Klibanski spoke to the New England Council Monday about the rapid pace of change in health care and said COVID-19 precautions remain important now that the Omicron variant has been identified in Massachusetts [Screenshot]

Two days after the first case of the new Omicron COVID-19 variant was officially confirmed in Massachusetts, the head of the state’s largest hospital system stressed the importance of vaccines and masks.

Mass General Brigham CEO Dr. Anne Klibanski joined the New England Council for a virtual conversation, where she described the future of health care as a need to “provide the right services in the right places” — with a nod to her system’s proposed expansions in Woburn, Westborough and Westwood — and said the pandemic has accelerated the pace of change in the industry.

State public health officials on Saturday announced the first case of the Omicron variant in Massachusetts identified through genetic sequencing, in a Middlesex County woman in her 20s. The woman, according to the Department of Public Health, was “fully vaccinated, has experienced mild disease, and did not require hospitalization.”

Klibanski said questions about the new variant — including what impact it will have on hospitalizations — remain unanswered, but the advice for the public remains the same. “Stay masked, follow precautions, get vaccinated, get boosters,” she said. “That’s what you need to do, and I think if we follow those rules, we will be at the very best place in terms of protecting ourselves, protecting our families.”

She said there is a difference between transmissibility — how easily the virus spreads — and how pathogenic it is, or how likely it is that a person will get sick. “We know that this particular variant is highly transmissible, i.e. it is highly contagious, so it will likely take over,” Klibanski said. “It will likely take over as the dominant variant at some period of time. We don’t know what that looks like, but we’ve seen that with other variants that have come forward. We certainly saw it with Delta. Here’s the critical question — is it more likely to cause symptomatic disease, illness that leads to hospitalizations?”

Masks have come off in many public settings, but remain required in others, such as health care and public transportation. Winter’s arrival and the ongoing surge in infections is forcing some to rethink mask-wearing.