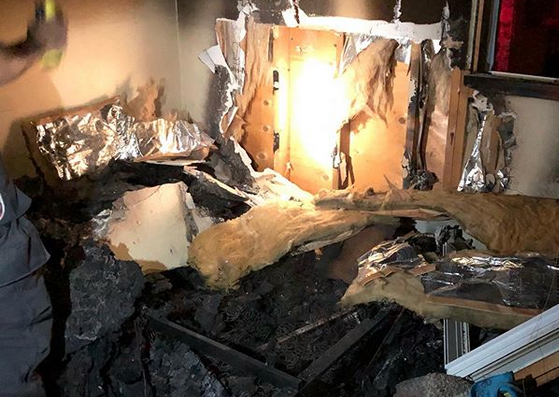 The Westport Fire Department responded to an early morning fire Sunday that had a tragic result.

Westport Firefighters responded to a room and contents fire shortly after 2:30 a.m. at 118 Sodom Road, just minutes after an ambulance run came in according to WFD.

According to Deputy Fire Chief Dan Baldwin, the home suffered smoke and heat damage due to a long, slow burning electrical fire that led to a mattress. It is believed that the fire was burning for quite some time.

While the family was away, the son, who was staying there, came home to the damage.

Baldwin stated that due to lack of oxygen, the fire pretty much put itself out which left no water damage and minimal damage to the home. Sadly, however, 3 dogs perished in the fire.