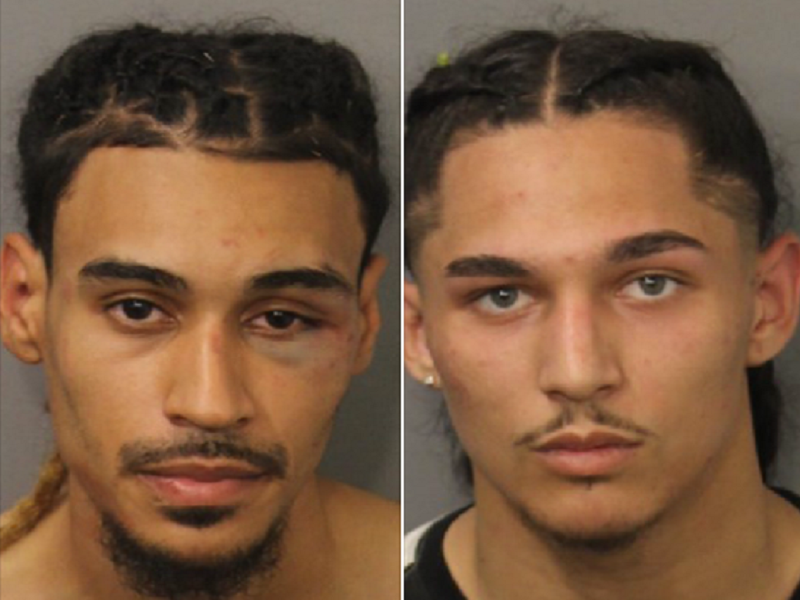 On June 5 at approximately 3:00 p.m., Officer John Ruggiero was on patrol using his police mountain bicycle near the area of Pleasant Street and Quarry Street when his attention was drawn to a blue Honda Accord operated by 20 year old Bailey Rodrigues of 489 Enterprise Drive, Somerset. Officer Ruggiero had prior knowledge that Rodrigues did not have a valid license.

Officer Ruggeiro began following the vehicle and then it abruptly turned into the Flint Village Plaza. Rodrigues then began travelling at a high rate of speed through the parking lot heading toward Quarry Street. The vehicle then jumped over the curb and sidewalk on to Quarry Street where it began heading south. Officer Ruggeiro was able to view the license plate of the vehicle and requested for additional assistance.

Nearby, Officers Matthew Mendes and Kevin BShara were conducting an unrelated motor vehicle stop and saw Officer Ruggeiro pointing toward the blue Honda. Officer Mendes and Bshara then observed the vehicle passing other vehicles on Quarry Street, driving toward on-coming traffic causing a very dangerous situation during rush hour traffic. Several vehicles had to swerve out of the way to avoid a collision with Rodrigues. The officers were assisted by civilian witnesses that began pointing toward Alden Street as the direction the vehicle fled toward.

Officers from both the Uniform and Special Operations Division converged to this area in search of the blue Honda. Some Officers deployed on foot and began canvassing backyards in the area of Pitman Street after witnesses provided information that a male had fled from the vehicle. As this information was received, Officer Martin Pena observed the suspect’s vehicle in the area of East Warren Street. The vehicle was still driving erratically and at a high rate of speed. Pena executed a motor vehicle stop and determined that Rodrigues was no longer in the vehicle. The operator now was identified as 22 year old Davon Hudson of 44 Haffards Street. A subsequent search of the vehicle yielded a large bag containing 2.1 ounces of Marijuana and a digital scale was also located. Another occupant of the vehicle was present in the vehicle but not charged with any crimes. Hudson was taken into custody without further incident.

During the investigation into the vehicle, Officers were in a foot pursuit with Rodrigues. Aided again by cooperative citizens pointing officers in the right direction, they continued to chase Rodrigues in the 1800 block of Pleasant Street where eventually they apprehended him on a rooftop of 1809/1799 Pleasant Street.

Rodrigues was booked and charged with the following crimes:

Hudson was booked and charged with the following crimes: