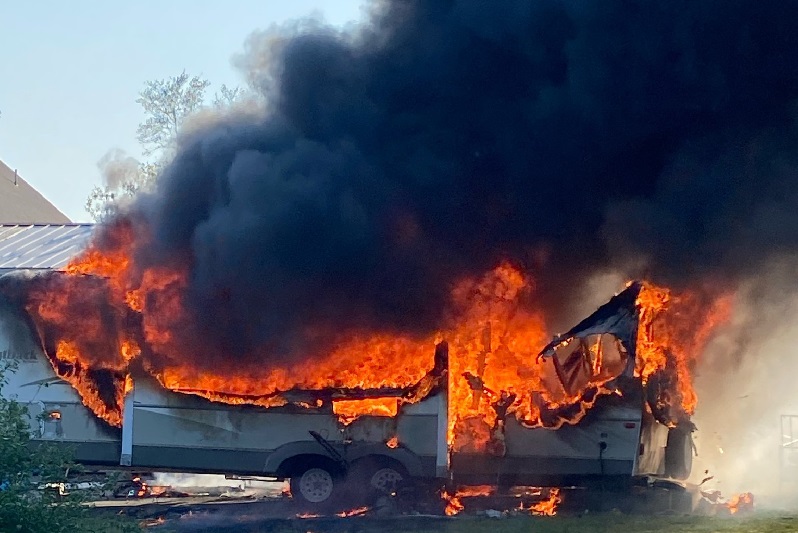 A trailer was destroyed, and a home incurred some damage after firefighters battled heat and flames.

According to the Swansea Fire Department, Swansea firefighters from Stations 1 and 2 had to contend with the first hot weather of the year as they fought a fire that destroyed a large camper on Oak Street.

Firefighters were called out around 6:00 p.m. to battles the flames and fought them with two handlines from Engine 1. Engine 2 supplied water from a nearby hydrant.

The nearby home sustained very minor damage from radiant heat.

Oak Street was closed for approximately one hour.