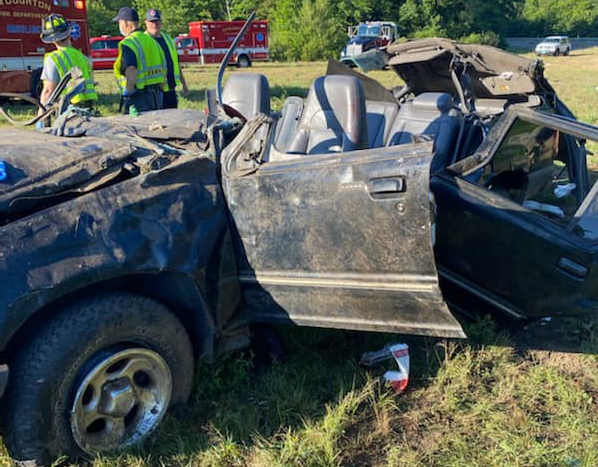 Police are investigating a serious crash that occurred Friday morning.

According to Dave Procopio of Massachusetts State Police, shortly after 7 a.m. today, Massachusetts State Troopers from the Milton Barracks responded to a serious crash involving a sport utility vehicle and a tractor-trailer on Route 24 southbound at Exit 20B in Randolph. The crash resulted in serious injuries to the driver of the SUV and minor injuries to its four passengers. The State Police are requesting information from any motorists who may have witnessed the crash or stopped to render aid to the victims.

According to preliminary investigation by Trooper Patrick Candeliere, a 1999 Ford Explorer with five occupants was travelling southbound in the second lane from the right when it crossed into the far right lane, presumably to take the exit. The preliminary investigation suggests as the Explorer did so, it clipped the front end of a tractor-trailer travelling southbound in the far right lane. 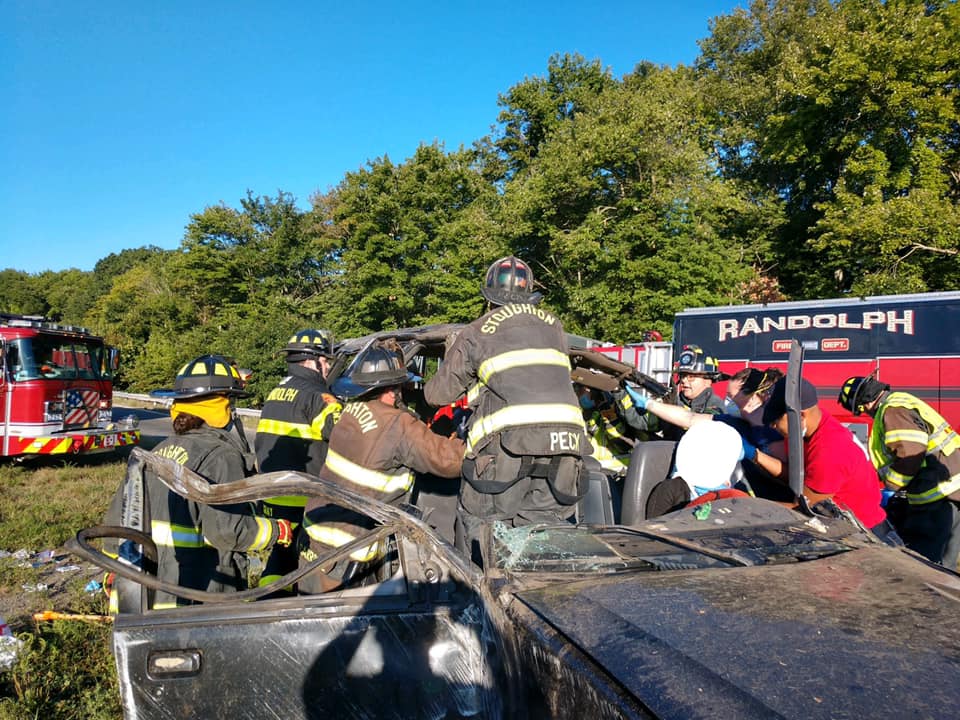 Following that impact, the Explorer rolled over into the infield between the highway and the ramp. The driver of the Explorer, a 62-year-old Dorchester woman, had to be extricated from the vehicle by firefighters and was flown to Massachusetts General Hospital by medical helicopter with serious, life-threatening injuries.

The four passengers in the Explorer sustained minor injuries and were transported by ground ambulance to Boston Medical Center and Good Samaritan Hospital. They were a 65-year-old Mattapan woman, a 39-year-old Boston man, a 36-year-old Mattapan man, and a 27-year-old Dorchester woman.

The operator of the tractor-trailer, a 34-year-old Weymouth man, had no apparent injuries. The 2016 Volvo tractor is a leased vehicle owed by Ryder Truck Rental of Miami, Fla.

Immediately after the crash, a male Good Samaritan rendered valuable emergency first aid to the driver of the Explorer prior to her being extricated. That man left the scene once EMS personnel arrived, before responding Troopers knew what he had done and could speak to him. The State Police would like to speak to that man to determine whether he witnessed the crash, and also to thank him for assisting the victim at the scene. We likewise would like to speak to any other motorists who may have witnessed the crash.

Any motorist driving on Route 24 in the Randolph area around 7 a.m. who may have witnessed the crash, as well as the Good Samaritan who provided emergency first aid to the injured driver, are asked to please call the State Police-Milton Barracks at 617-698-5840.

Route 24 southbound was shut down briefly at the crash site to accommodate the landing of the Boston MedFlight helicopter. The ramp was re-opened at 8:54 a.m. and the scene cleared a few minutes later.