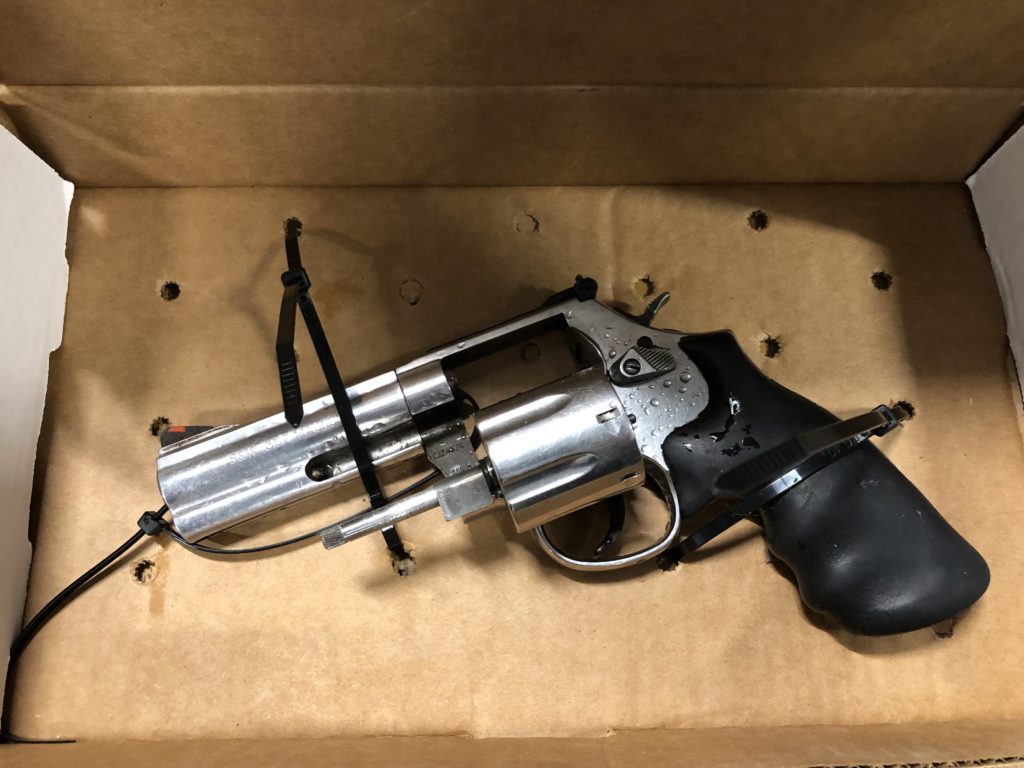 MIDDLEBOROUGH – Chief Joseph Perkins reports that the Middleborough Police Department has identified the suspect in today’s shooting incident on Route 28.

Gibson is expected to be arraigned today at Wareham District Court.

Gibson has a valid License to Carry a firearm and the gun seized by police was registered in his name. His License to Carry has since been suspended by the Falmouth Police Department pending review.

At this time is does not appear that any individuals or groups were targeted in the incident, but Gibson’s motive remains under investigation.

At approximately 9:05 a.m., Middleborough Police responded to a Massachusetts Department of Transportation public works depot, located at 201 West Grove Street, for a report of shots fired.

Approximately four to five shots were allegedly fired by Gibson outside of the facility near the road. The incident did not happen on MassDOT property.

There were no injuries reported, however two vehicles were struck with gunfire.

Gibson then fled on foot into nearby woods and police set up a perimeter and began a large-scale search for him.

At approximately 11:30 a.m., a Middleborough Police officer noticed that Gibson poked his head up while lying down on the ground in the woods near where the shots were fired.

Gibson was ordered to come out of the woods and he was placed under arrest. A .357 revolver was located on the ground near where Gibson was lying and was seized as evidence.

“We’re extremely thankful that no one was injured in this incident,” Chief Perkins said. “I want to commend the tremendous response by our law enforcement partners and others who helped to quickly set up a perimeter and search that led to the apprehension of this dangerous individual. This was not an easy response given the heavy rain from the storm and it was great work by our officer who spotted the suspect in the woods, leading to his arrest.”