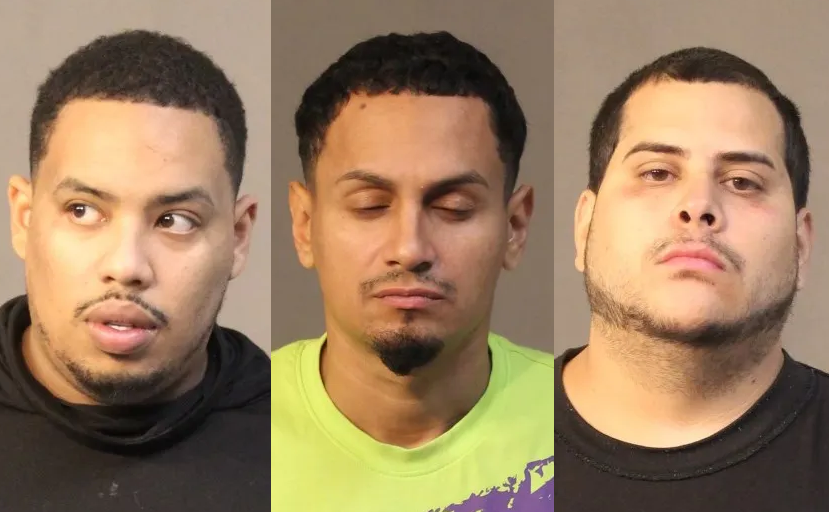 A lengthy narcotics investigation concluded on Thursday, September 30, 2021, when members of law enforcement arrested three individuals, seized sixteen firearms, 15,000 packets of heroin, and almost one kilogram of fentanyl, according to officials.

Hampden District Attorney Anthony D. Gulluni stated, “This interagency, multi-state effort has a significant regional impact on public safety across two states. Law enforcement worked together across agency and state lines to interrupt a significant network of drug and gun distribution. I thank the investigators and agencies involved in this complicated investigation who worked collaboratively with each other to do their jobs and make their communities safer.” 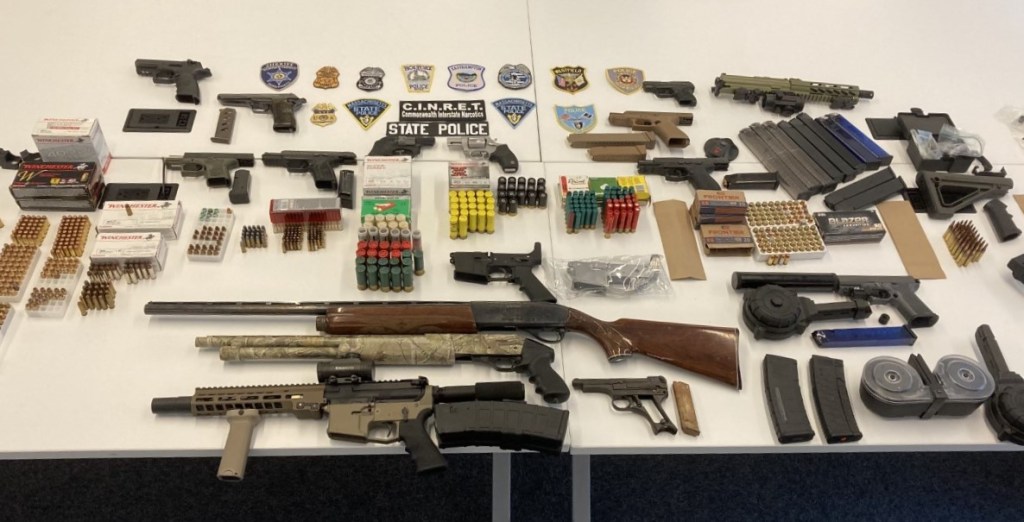 The investigation focused on Geovanni Saldana, 28, of Springfield, MA, as he traveled to Hartford, Ct. Detectives learned he would be traveling back to Springfield with a significant amount of narcotics. He was placed under arrest on I-91 in Longmeadow on his return trip, he was traveling with approximately 95 grams of fentanyl and heroin. He was taken into custody without incident.

While investigators from Massachusetts focused on Saldana, Connecticut State Police Narcotics officers observed another individual attempting to leave the location in Hartford. They seized 15,000 bags of heroin, 800 grams of fentanyl, and a 9mm handgun.

The following day officers executed multiple search warrants in Springfield and West Springfield, Massachusetts. The searches resulted in the seizure of 14 firearms, various amounts of narcotics, and approximately $10,000. 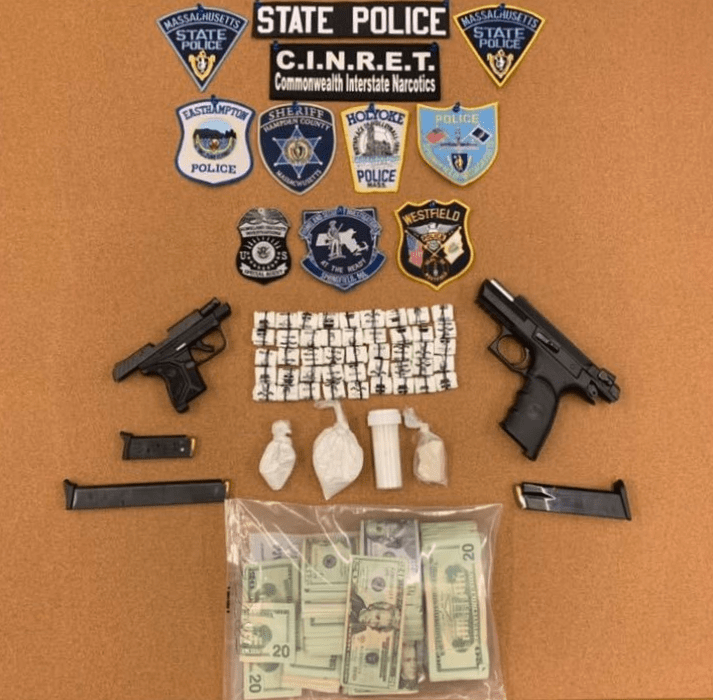 The following individuals were arrested in connection with this investigation:

Jose Rios, 34, of Springfield, Currently held without the right to bail on dangerousness. Next scheduled court date is on 11/09/2021

-Possession of a sawed off shotgun

-Possession of a firearm without an FID card (7 counts)

-Improper storage of a firearm

-Possession to distribute a class A drug

-Possession of a firearm without an FID card

-Improper storage of a firearm

Further charges may result upon further investigation in the State of Connecticut.