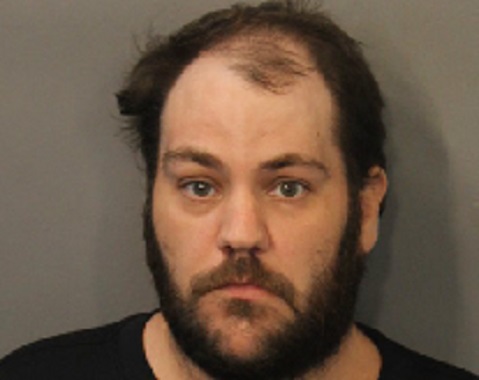 Authorities have made an arrest concerning a fire on Wednesday that destroyed a building and led firefighters to rescue two people.

According to Sergeant Moses Pereira at approximately 7:22 p.m., the Fall River Police Department responded to 784 Globe Street for a report of a fire in the hallway. Upon arrival, officers observed flames and smoke erupting from the entrance and stairwell.

The Fall River Fire Department responded quickly to address the working fire. Once the threat of a working fire was addressed, investigators began assessing the cause of the fire.

Investigators quickly suspected that the fire was set intentionally.

Following a joint investigative effort by Detective Nicholas Custadio of the Major Crimes Division, District Fire Chief Neil Furtado of the Fall River Fire Department, and Trooper Mike Fagan of State Fire Marshall’s Office, an arrest was made in connection with the incident.

42-year-old Jeremy Perreira of Fall River was arrested and charged with Arson of a Dwelling and Possession of a stun gun.