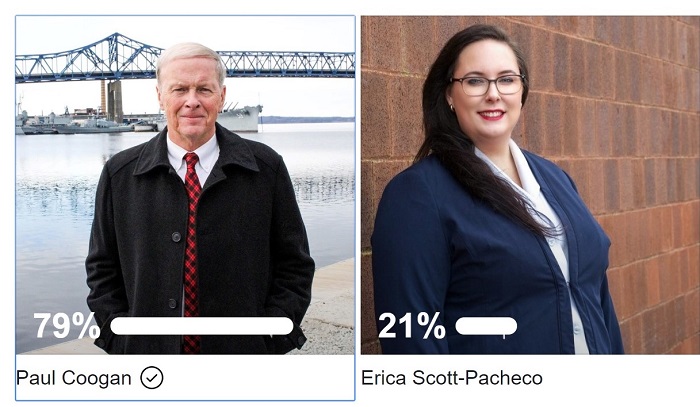 Fall River’s 2019 election cycle is in the early stages with potential candidates still pulling and turning in nomination papers. The primary is in September and the final general election will be held in November.

As of today, four people have pulled nomination papers to run for mayor of Fall River; incumbent Jasiel Correia II, Paul Coogan, Erica Scott-Pacheco and Angel Pontoja. Only Paul Coogan has turned in the 300 or more signatures required to qualify as a candidate for mayor and even those still need to be certified by the elections office. Potential candidates have until July 12th to turn in at least 300 valid signatures and we need at least three candidates to qualify for a September primary.

If no other residents pull nomination papers for mayor, Paul Coogan will be the clear favorite in September as fewer candidates split the vote and then he’ll become a significant favorite in November with Jasiel’s court case scheduled for February of 2020. While Correia narrowly finished first in a 5-person race in March’s recall election, the municipal elections are a different animal. Special elections are winner take all – the top two finishers this September move on to a general election.

Considering Correia is likely to finish in the top two in September’s primary election, he’ll face a head-to-head matchup in November. As of this writing, that candidate looks to be Coogan who will be tough to beat with 13 federal indictments hanging over his head.

A lot can happen between now and July 12th, so stay tuned!