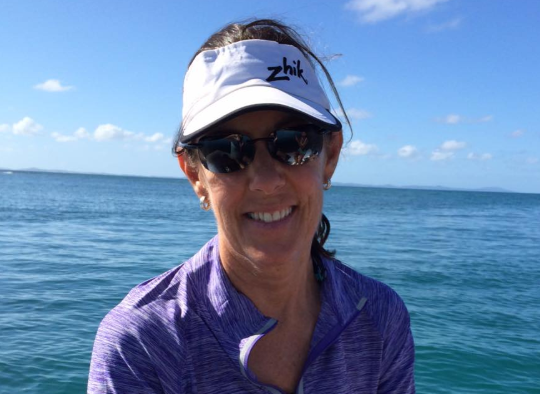 The Department of Environmental Management (DEM) has completed its investigation into the collision between a powerboat and a two-person catamaran sailboat near the Claiborne Pell Newport Bridge that resulted in the death of Sandra G. Tartaglino, 60, of Tiverton, on August 11. DEM has found that Frank Teixeira, 75, of Portsmouth, was not speeding or operating his 28-foot cruiser, named @Last, in reckless disregard for the safety of others.

Environmental Police Officer (EPO) Kevin Snow and Lieutenant Daniel White of DEM’s Division of Law Enforcement led the investigation. Four law enforcement officers from three different agencies – the United States Coast Guard (USCG), DEM, and the Newport Police Department – did not observe any indication of alcohol or drug use. Officers did not see or find any alcohol containers on Teixeira’s boat. Investigators found that excessive speed was not a factor in the collision. DEM presented the case to the Office of Attorney General, which shares DEM’s conclusion that the facts and circumstances do not rise to the level of criminal conduct. In order to charge a felony – namely Operating So As to Endanger – Resulting in Death – it would have to be proven that the operator intended or foresaw the consequence, knew his actions were wrong but proceeded anyway, or willingly acted recklessly knowing it would cause a death.

DEM is, however, citing Teixeira with four violations of the Coast Guard’s Inland Navigational Rules. DEM will prosecute the case in the Rhode Island Traffic Tribunal. Arraignment is set for November 13. The violations include Risk of Collision, Action to Avoid A Collision, Responsibilities Between Vessels, and Failure to Keep A Look-Out. Each violation carries a maximum fine of $100. “Every vessel shall at all times maintain a proper look-out by sight and hearing as well as by all available means appropriate in the prevailing circumstances and conditions so as to make a full appraisal of the situation and of the risk of collision,” state the USCG rules. Sailing vessels have the right of way over power-driven vessels, the USCG rules also state.

“My heart goes out to the Tartaglino family who has suffered a terrible loss,” said DEM Director Janet Coit. “Boating on a crowded waterway in the summertime is very complicated and requires vigilance. Further, while there are rules governing the action of each vessel, some vessel operators either don’t know or follow the rules. That is why DEM urges all boaters to take a safety course.”

In Rhode Island, successful completion of a boating safety course is required for all boaters born after January 1, 1986, who operate a boat with a motor greater than 10 horsepower, and for all operators of personal watercraft regardless of age.

Tartaglino was competing in a regatta at the time she was killed.

Tartaglino was a world class competitive sailor who actively competed and placed in many major championships, worldwide, according to family.