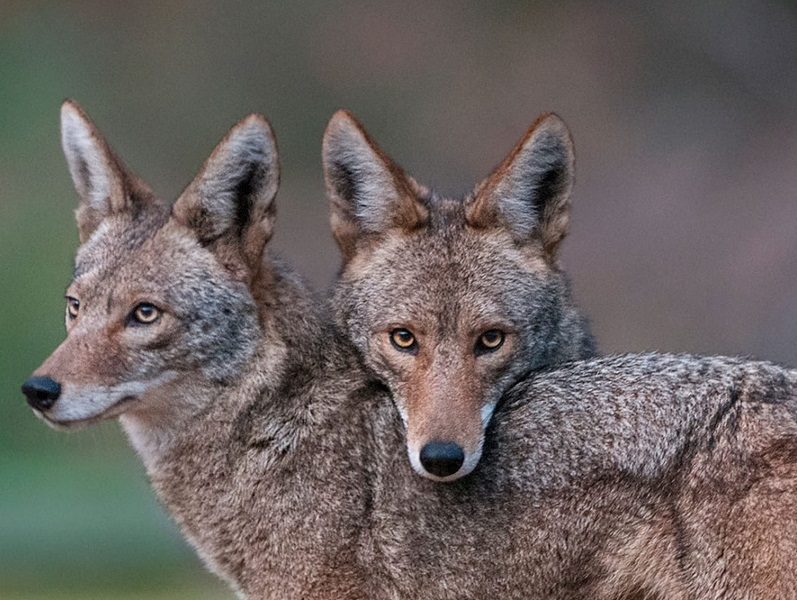 Police across the country are warning pet owners to not let your dog(s) out alone.

According to officials, the coyote gets your dog to chase him and then somewhere in the distance the pack waits for your dog. The next 4-6 weeks is mating season for coyotes.

Coyote breeding typically peaks in January to March, the gestation period average is about 63 days. Male coyotes can become more aggressive during this time of year. Coyotes always pose a risk to your dog (and other small pets). That risk increases during mating season.

Here is a list of tips on preventing conflicts with coyotes.

• DO NOT allow pets to run free! Keep cats indoors, particularly at night, and dogs on a leash or under close supervision at all times. The installation of a kennel or coyote-proof fencing is a long-term solution for protecting pets. A variety of livestock fencing and small animal pen designs can protect farm animals. An invisible electric fence is not effective in protecting dogs from coyote attacks.
• NEVER feed coyotes! DO NOT place food out for any mammals. Clean up bird seed below feeders, pet foods, and fallen fruit. Secure garbage and compost in animal-proof containers.
• ALWAYS walk dogs on a leash. If approached by a coyote while walking your dog, keep the dog under control and calmly leave the area. DO NOT run or turn your back. Coyotes are territorial and many reports of bold coyotes visiting yards, howling, or threatening larger dogs can often be attributed to this territorial behavior.
• Attempt to frighten away coyotes by making loud noises (e.g., shouting, air horn) and acting aggressively (e.g., waving your arms, throwing sticks, spraying with a hose).
• Be aware of any coyote behaving abnormally or exhibiting unusually bold behavior (e.g., approaching people for food, attacking leashed pets that are with their owners, stalking children, chasing joggers or bikers, etc.) and report these incidents to authorities immediately.
• Be aware of and report any coyotes exhibiting behavior indicative of rabies, such as staggering, seizures, and extreme lethargy. Daytime activity is not uncommon and does not necessarily indicate rabies.
• Teach children to recognize coyotes and to go inside the house (do not run) or climb up on a swing or deck and yell if they are approached.
• Prevent coyotes from denning in close proximity to homes and yards with pets and children. Identify potential den sites in March when snow tracking can easily reveal natural dug burrows, rock crevices, hollow tree trunk cavities, and crawl spaces under sheds or even decks – especially on unoccupied homes or cottages. Such dens should be inspected and any occupants evicted prior to denning in April. Said dens should be filled in and or collapsed and those suspected under buildings, porches, and sheds excluded by animal proofing with sturdy hardware cloth.
• Educate your neighbors. Ask them to follow these same steps.
• Regulated hunting and trapping may be used to remove problem coyotes in areas where it is safe and legal to do so.
• The DEEP does not remove problem coyotes but may issue a permit to landowners or municipalities to employ a licensed Nuisance Wildlife Control Operator, who is qualified in advanced trapping, to target coyotes that have attacked supervised pets or penned farm animals; are diseased; or have threatened public health and safety.
• Contact the DEEP Wildlife Division at 860-424-3011 for more information on coyotes or other wildlife problems.