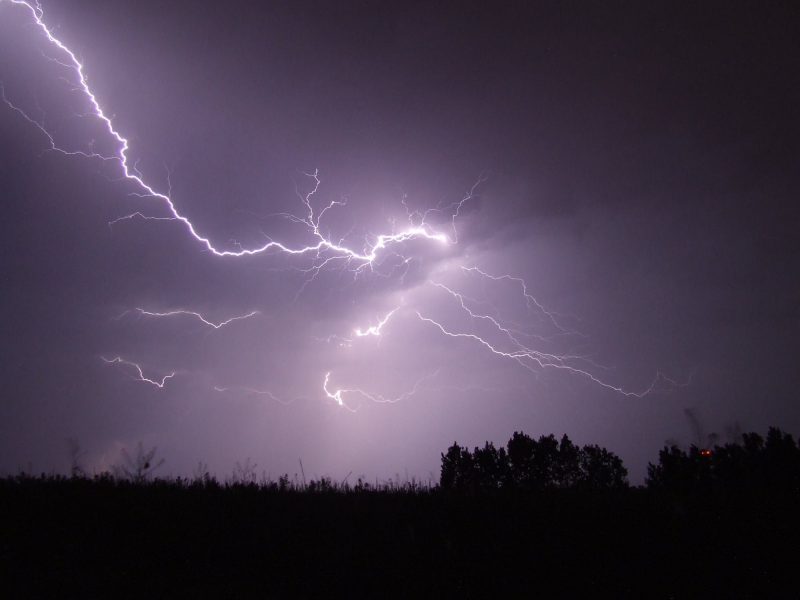 According to the National Weather Service, scattered, strong to potentially severe, thunderstorms are expected during the day Saturday and again on Sunday.

Scattered strong to severe thunderstorms are expected this afternoon into early this evening. The main threats will be locally strong to damaging winds and large hail. The greatest risk is expected to be near and south of the Massachusetts Turnpike, but there is the potential across the entire region. Heavy rainfall may produce localized street and poor drainage flooding.

Expect the showers and thunderstorms to push into northern Massachusetts between noon and 2 PM, then shifting steadily southeast, exiting off the south coast around 8 PM.

Today
Showers and thunderstorms likely, mainly after 3pm. Some of the storms could produce small hail, gusty winds, heavy rain, and frequent lightning. Mostly cloudy. Southwest wind 10 to 15 mph. Chance of precipitation is 60%. New rainfall amounts between a quarter and half of an inch possible.

Tonight
Scattered showers and thunderstorms before 9pm, then isolated showers between 9pm and 11pm. Mostly cloudy. South wind 5 to 7 mph becoming light and variable. Chance of precipitation is 30%. New precipitation amounts between a tenth and quarter of an inch, except higher amounts possible in thunderstorms.

Sunday
Showers and thunderstorms, mainly before 5pm. Some of the storms could produce small hail, gusty winds, and frequent lightning. Northwest wind 5 to 9 mph. Chance of precipitation is 80%. New rainfall amounts between a quarter and half of an inch possible.