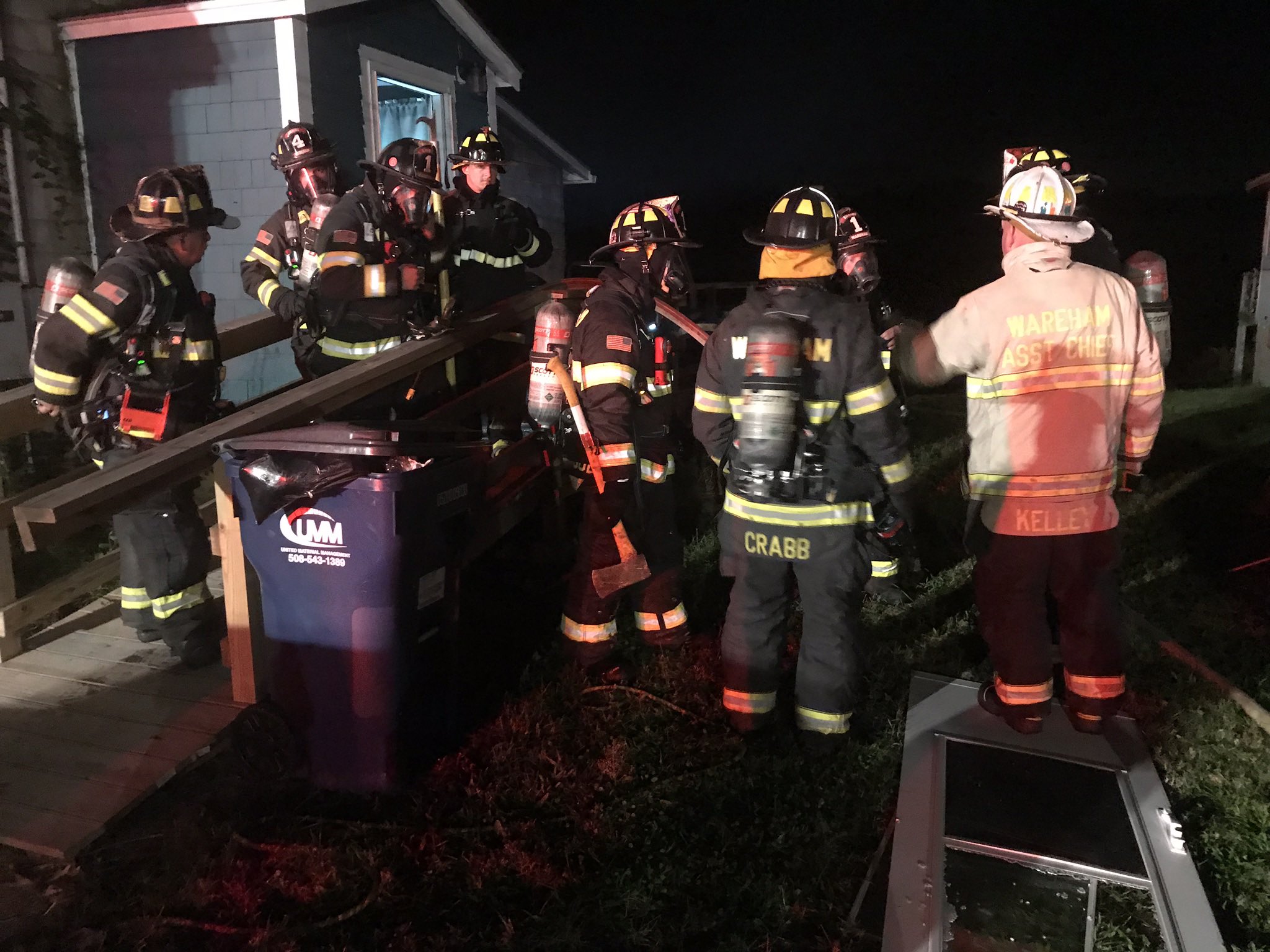 Dispatch and a mother combined to help rescue an infant from an early morning fire Saturday.

According to the Wareham Fire Department, at 12:55 a.m., Wareham Fire received a 911 call reporting a house fire on Rose Point Avenue. The caller reported that they were in the house with an infant and unable to get out. Fire Alarm Operator Kenneth Jordan advised the frantic caller to climb out of a window with the infant.

While those instructions were being given, the on-duty engine immediately responded from fire headquarters. Captain Chip De Blois, Firefighters Ralph Braley, Tyler Crabb, Matt Bennett, and Russell Sprague were staffing the engine. In addition, off-duty career and call firefighters were alerted to respond as well.

Arriving police and fire units determined that the infant and mother were safely out of the house. The woman had thrown pillows out of the first-floor window, placed the infant outside on the pillows, before climbing out herself. Wareham EMS transported them to Tobey Hospital for evaluation.

Captain DeBlois and his crew entered the home, quickly containing the fire to the kitchen area. Assistant Chief John Kelley was on scene and served as the incident commander.

Assistant Chief Kelley established that the fire started where a hoverboard had been charging in the kitchen. The fire and smoke which ensued cut off access to a door, which resulted in the emergency exit out of the window. Thankfully, the home had smoke detectors that were in working order and sounded. No dollar value was given at this time on the damage to the home.