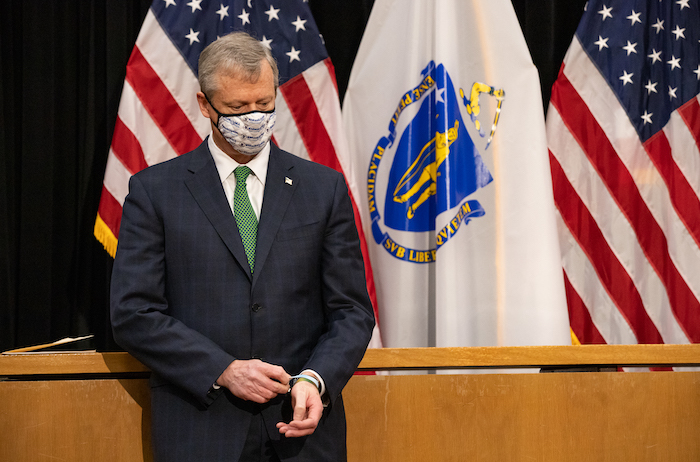 APRIL 14, 2021…..Almost 40 percent of the new COVID-19 cases recorded in Massachusetts in the past two weeks were among people in their 20s and 30s, according to Department of Public Health data updated Wednesday.

“The most important thing I can say about vaccinations generally is the impact it’s had on some of the most vulnerable communities in Massachusetts and across the country and frankly around the world,” Baker said from the Hynes Convention Center mass vaccination site, where he got his own first dose last week. “It’s pretty clear at this point: the vaccines work. If you look at the hospitalization rates and the case rates among those groups of people who’ve been vaccinated, they’ve evaporated, and in many cases involved some of the folks that we were most concerned about.”

As of Wednesday, the average age of a hospitalized COVID-19 patient in Massachusetts was 59 years old, according to the DPH, and 711 patients were hospitalized with the respiratory disease, down three from the previous day’s report.

A new Health Policy Commission report released Wednesday found that Black and Hispanic patients represented a disproportionate share of COVID-19 hospitalizations in 2020, as did patients from lower-income communities.