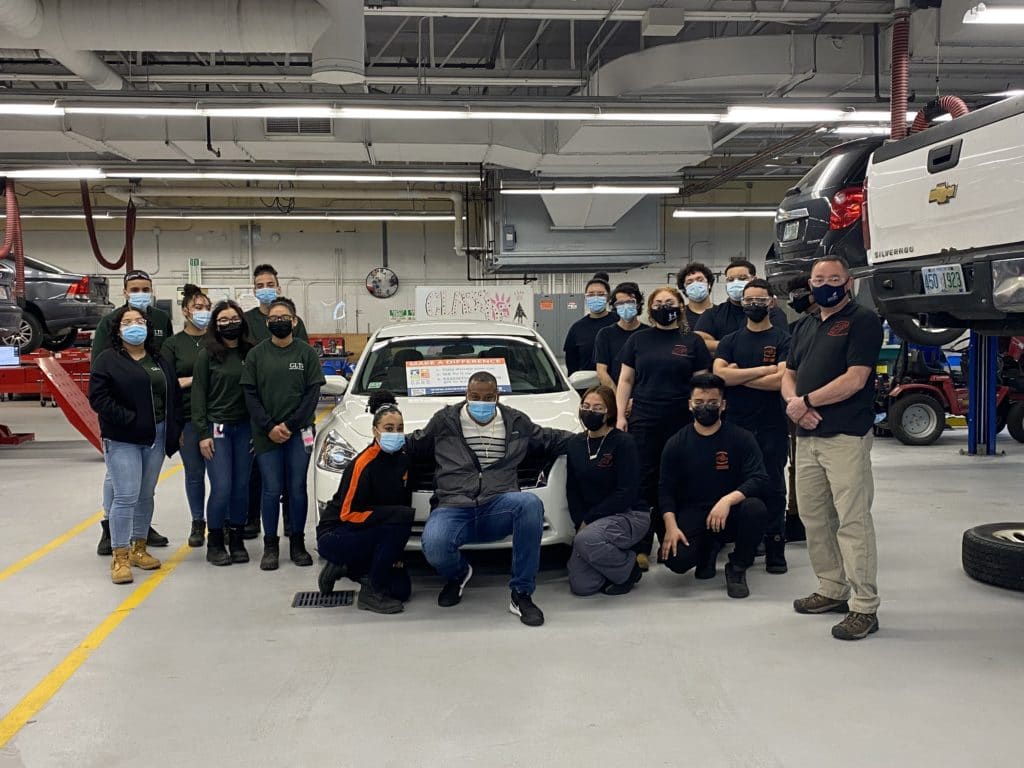 ANDOVER — A Quincy veteran now has a car he can drive to work, thanks to Greater Lawrence Tech and nonprofit Second Chance Cars.

Students and staff at the school worked to repair the white 2013 Nissan Altima recently, including repairing the rear body panel of the car using a frame machine, assembling a new tail light, painting the rear bumper cover, installing a new battery, running a diagnostic of the engine and detailing the vehicle’s interior and exterior.

“This is an opportunity to connect with our community, and help our students better understand who veterans are and what their needs are,” Superintendent John Lavoie said. “We feel very fortunate to have this opportunity to help our veterans.”

GLTS partnered with Second Chance Cars on the project, a Concord-based nonprofit that awards affordable donated cars to working people.

Sheppard expressed deep gratitude to everyone involved in the effort. He was laid off as a result of the ongoing pandemic, and also lost his previous vehicle during the last year.

“I’m still trying to process this,” Sheppard said. “It’s a blessing. I don’t know what to say except, thank you, God.”

The vehicle was donated by Luanne Goehring of Carlisle in honor of her late husband, Robert, a U.S. Navy veteran. He died in April 2020.

Instructor Mike Ouellette gave Sheppard a tour of the vehicle, which has only 43,000 miles. Instructors who worked in the project include: Ouellette, Walter Murphy, Manuel Malave and Steven Desgroseilliers.

“We were giving back to the community, so we worked a little bit harder,” said sophomore Nathaolyn Javier of Lawrence regarding the project.

Second Chance Cars is able to operate thanks to the donations of gently used vehicles from the public. To learn more about the nonprofit and the vehicle donation process, visit www.secondchancecars.org.