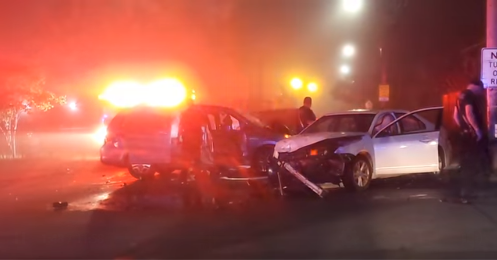 Several people were injured, including multiple juveniles, in an early morning crash Wednesday.

According to Captain Barden Castro, at approximately 1:35 a.m., police, fire and EMS responded to the intersection of Robeson Street and President Avenue for a multi-motor vehicle crash with injuries.

Upon arrival, it was determined that a female operator travelling west bound on President Avenue, while on a green light, was struck by a Honda traveling south on Robeson Street, which failed to stop for a red light at that intersection.

Uniform Division Officer Felicia Melo investigated the incident and determined that the operator of the Honda was an unlicensed juvenile who was driving the car without permission of the owner.

Criminal charges are being sought against the juvenile driver.