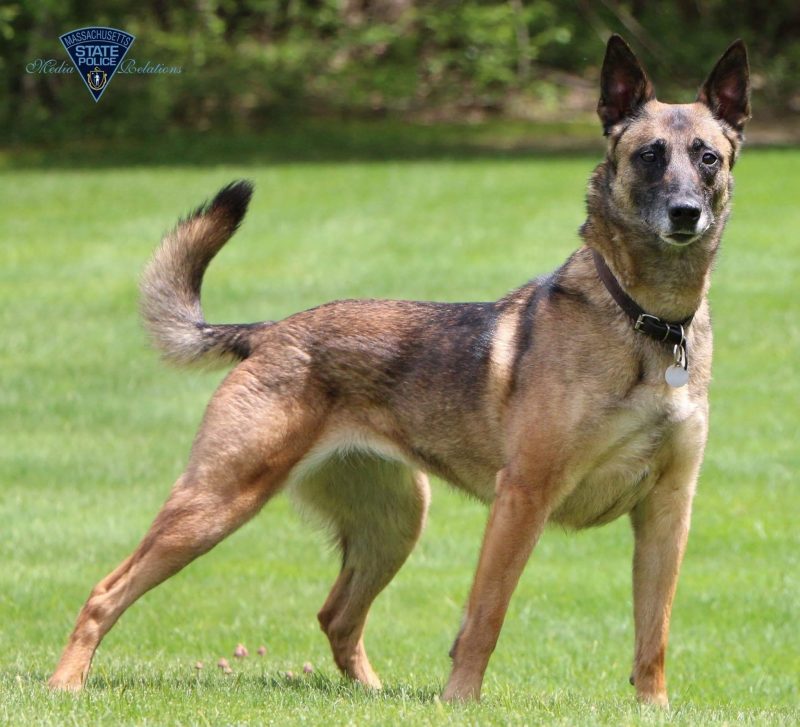 A Massachusetts State Trooper is saying goodbye to his former K-9 partner and one of his best friends in a touching editorial posted by the MSP.

This morning I find myself thankful to have known this Belgium Malinois named Dakar. I woke up this Thanksgiving to discover she had passed in the night. I was lucky to be paired up with her in 2006. I know most people would like to hear about her time on the Job, things like how she was the first female Malinois in the K9 unit. How she found lost kids, Alzheimer’s patients, hunters or many people who didn’t want to be found (which she did in abundance). How she seized over a million dollars in drug money and located 15 hidden compartments in motor vehicles, and more drugs then I thought possible. She worked with me in K9 from 2006-2017 (Yes 11 years). She had a long career and did many good things for the people of the Commonwealth. But what I will remember about her was how she was always happy. After retirement in 2017, she would greet me at the door every day and wouldn’t leave me alone until I went out and played with her. She would chase her Kong toy for hours. How sweet she really was and how she would always want to be right next to me. She grew up with my kids and she became a huge part of their lives and our family. She will be missed by a family that loved her. I am grateful that she passed in her sleep without any drawn out medical issues. She was one of my best friends and part of my family. I have a lot to be grateful for but will always regret that I didn’t have more time with her. Free dog! I will miss you every day!