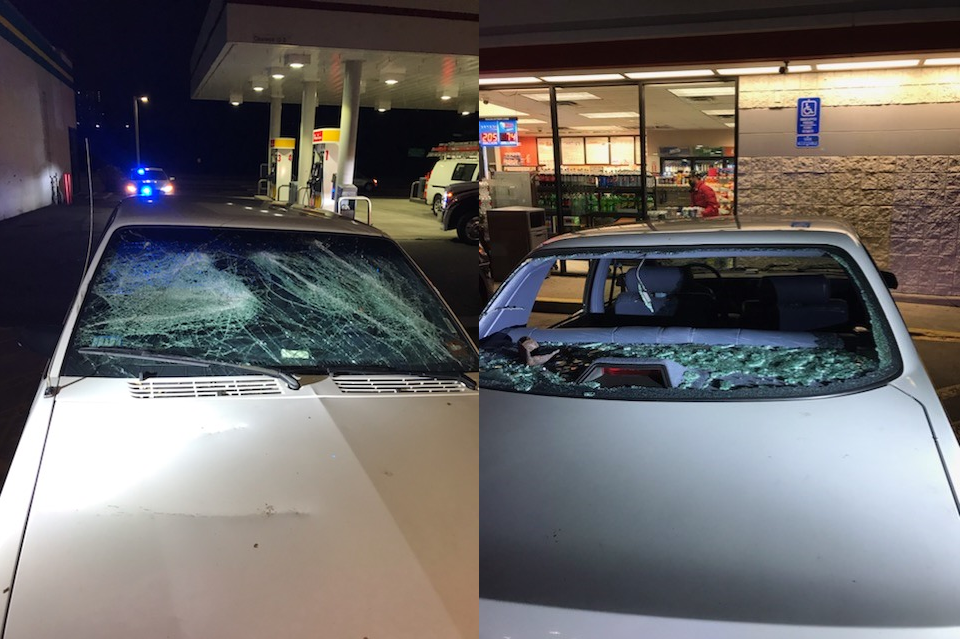 The Massachusetts State Police are asking for the public’s help in identifying multiple suspects who, while operating dirt bikes and ATVs, surrounded and assaulted an 82-year-old motorist in Boston last Thursday. The victim, a Brookline man, suffered serious injuries and remains hospitalized but is expected to survive.

According to Dave Procopio of the Massachusetts State Police, at approximately 7:30 p.m. on November 18, the victim was driving his 1996 Buick Century from Park Drive to Boylston Street, approaching the Bowker Overpass, when he observed 30 to 40 off-road motorcycles and ATVs approaching him. The bike and ATV riders forced the victim onto the curb on the right-hand side of the road and several of them began smashing the windows of the victim’s car.

The victim then was able to drive away and took the Bowker Overpass to Storrow Drive westbound with the intention of driving to a police station to get help. Several of the dirt bike and ATV operators followed him, however, and began kicking and striking the victim’s vehicle again. The victim attempted to drive evasively to get away from the suspects as he continued onto Soldiers Field Road.

The victim attempted to take the Cambridge Street off-ramp by the DoubleTree hotel in Allston, but got stuck in traffic at the top of the ramp. He put his window down to ask occupants of another car to call 911. While the victim’s car window was down, one of the riders, a male, approached him on foot and began punching the victim through the open window. At the same time, other riders continued to kick the victim’s car. One of the suspects threw a piece of pipe through the car’s rear window; another threw a large rock through one of the car windows.

Eventually, traffic began to flow and the victim was able to make a left turn onto Cambridge Street in Allston. He was able to drive to Joe’s Kwik Market, where he got out of his car and fell to the ground. Boston EMS responded and transported him to St. Elizabeth’s Medical Center. He remains hospitalized.

The investigation into the facts and circumstances of the attack, including potential motives, if any, remains active and is being conducted by Troop H of the Massachusetts State Police, the State Police Detective Unit for Suffolk County, and the Suffolk County District Attorney’s Office.

Anyone who has any information, photos or footage or who called 911 that night is asked to call the State Police Detective Unit for Suffolk County at 617-727-8817.