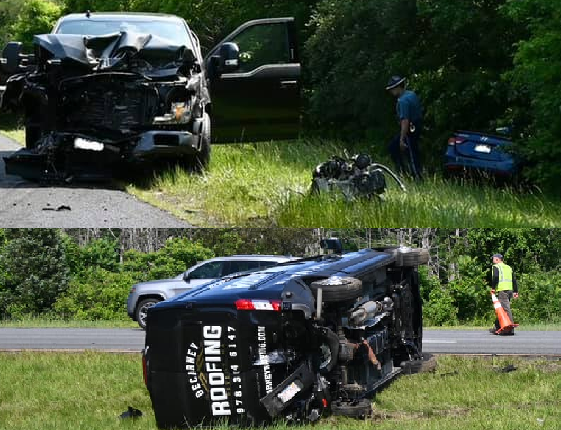 A multi-vehicle crash this afternoon claimed the life of one man and injured another.

According to Massachusetts State Police, at approximately 3 p.m., Troopers assigned to State Police-Newbury responded to reports of a crash involving three vehicles on Route 95 northbound approximately one mile prior to Exit 86 in Newburyport.

Preliminary investigation reveals that a 2014 Hyundai Elantra, operated by a 48-year-old man from Saugus, was traveling northbound when it struck the rear of a 2020 Ford Transit van, operated by a 28-year-old man from Beverly. The speed of the Hyundai is believed to have been a contributing factor. The initial collision caused the Ford Transit to roll over and the Hyundai to cross the median then enter the southbound lanes of Route 95. The Hyundai then struck a 2019 Ford F-150, operated by a 61-year-old man from Old Orchard Beach, Maine, before leaving the roadway into the wood line. The operator of the Hyundai was seriously injured in the crash. He was transported to Anna Jacques Hospital where he succumbed to his injuries. The operator of the Ford F-150 was transported to an area Hospital with minor injuries, the operator of the Ford Transit was not injured.

The southbound and northbound left two travel lanes were closed for approximately two hours to facilitate the scene reconstruction and cleanup. The crash remains under investigation by Troop A of the Massachusetts State Police with assistance from the State Police Collision Analysis and Reconstruction Section, the State Police Crime Scene Services Section, and the Office of the Chief Medical Examiner. Troopers were assisted on scene by MassDOT and Newburyport Fire and EMS.