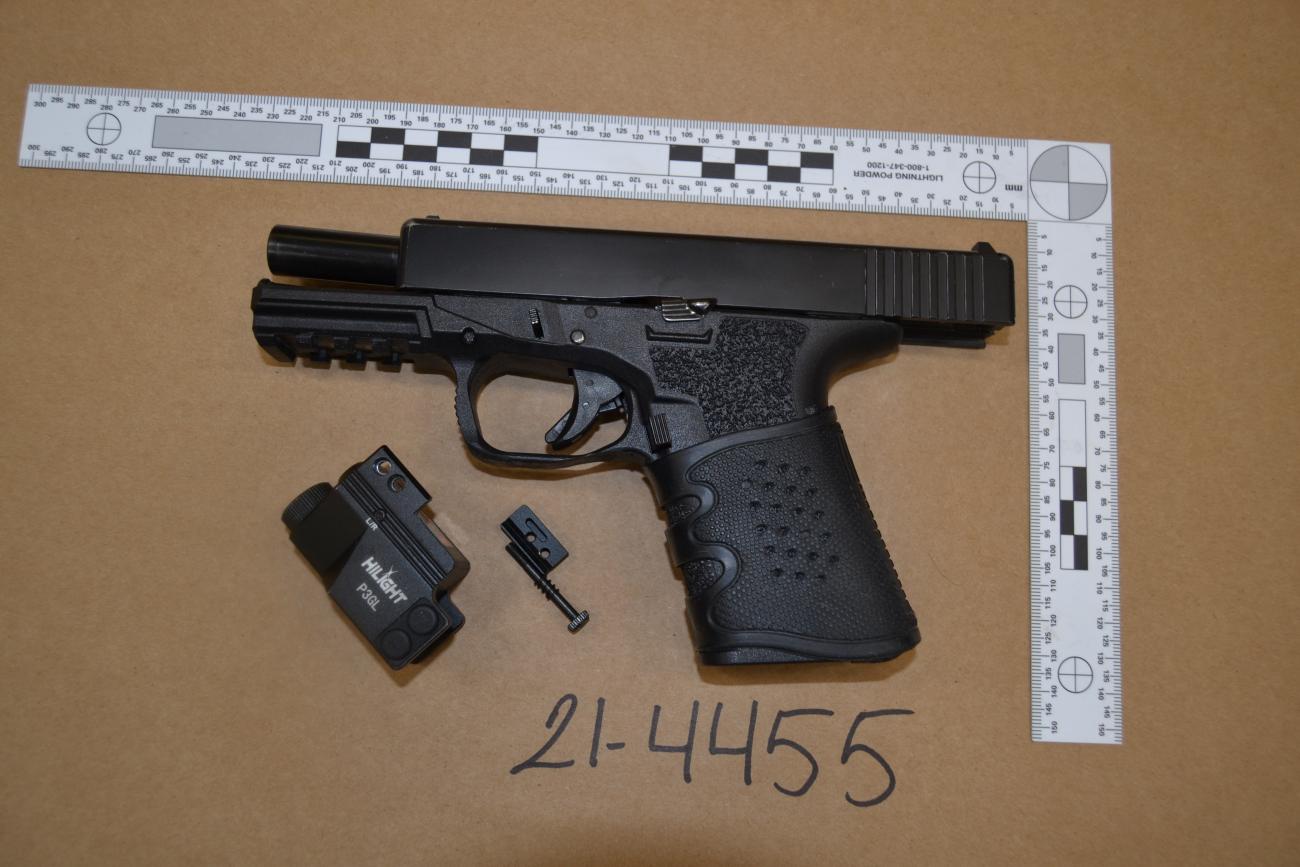 Attorney General Peter F. Neronha announced that a Massachusetts man was sentenced in Providence County Superior Court to serve five years at the Adult Correctional Institutions after pleading to manufacturing multiple ghost guns at an apartment in Providence in 2021.

24-year-old Jerardy Cruz of Roxbury, MA, entered a plea of nolo contendere to one count of possession of a ghost gun and one count of manufacturing a ghost gun.
Polymer80 ghost gun

At a hearing on July 6, 2022, before Superior Court Justice Kristin E. Rodgers, the Court sentenced the defendant to 10 years, with five years to serve at the ACI followed by a five-year suspended sentence with probation. The Court postponed execution of the defendant’s sentence until July 29, 2022.

“Our Office has prosecuted nearly 50 cases where these untraceable firearms are being found in the hands of individuals involved in criminal activity,” said Attorney General Neronha. “Ghost guns are fully operable firearms without serial numbers that thus cannot be traced by law enforcement after they are used in criminal activity. They are sought after by individuals who value them for that very reason, or because they cannot pass a background check. Ghost guns can be made with parts ordered on the internet, as the defendant was caught doing here. There is no question that the guns being manufactured by the defendant ultimately would have made their way into the hands of those seeking to use them in furtherance of dangerous criminal activity. I am grateful to the Providence Police Department for their outstanding work during this investigation and their efforts to prevent significant gun trafficking.”

Had this case proceeded to trial, the State was prepared to prove that during the afternoon of January 19, 2021, members of the Providence Police Department caught the defendant in the act of manufacturing multiple ghost guns at an apartment on Atwells Avenue.

Acting upon information from the Somerville, MA, Police Department, detectives executed a warrant at an apartment on Atwells Avenue on the afternoon of January 19, 2021.

As investigators entered the bedroom, they encountered the defendant actively in the process of building ghost guns, using a handheld drill on a pistol frame.

“Law enforcement officials continue to prioritize the removal of illegal firearms from our streets and there is a strong focus to seize those that are manufactured for circulation amongst violent offenders in an attempt to be undetectable,” said Commissioner Paré. “I commend the work of the Attorney General’s Office and the Providence Police Department for their investigation and prosecution in this case, as this is an ongoing issue throughout our state.”